The article examines the new Italian regulation of cinema and audio-visual designed by Act No. 220/2016. The first part illustrates the main features of the new system, which has been implemented by over 20 decrees adopted during the last 12 months. Changes are numerous and regard several issues, such as financial resources, tax incentives, extraordinary measures, and the institutional asset. The second part focuses on the three legislative decrees adopted in December 2017, which completed the reform process. These decrees have significantly innovated the field of protection of minors, jobs regulation, and promotion of European and Italian audio-visual works. The reform, therefore, draws an ambitious design, which can offer an important contribution to the development of a dedicated field of study and research, the public law of cinema and audio-visual. 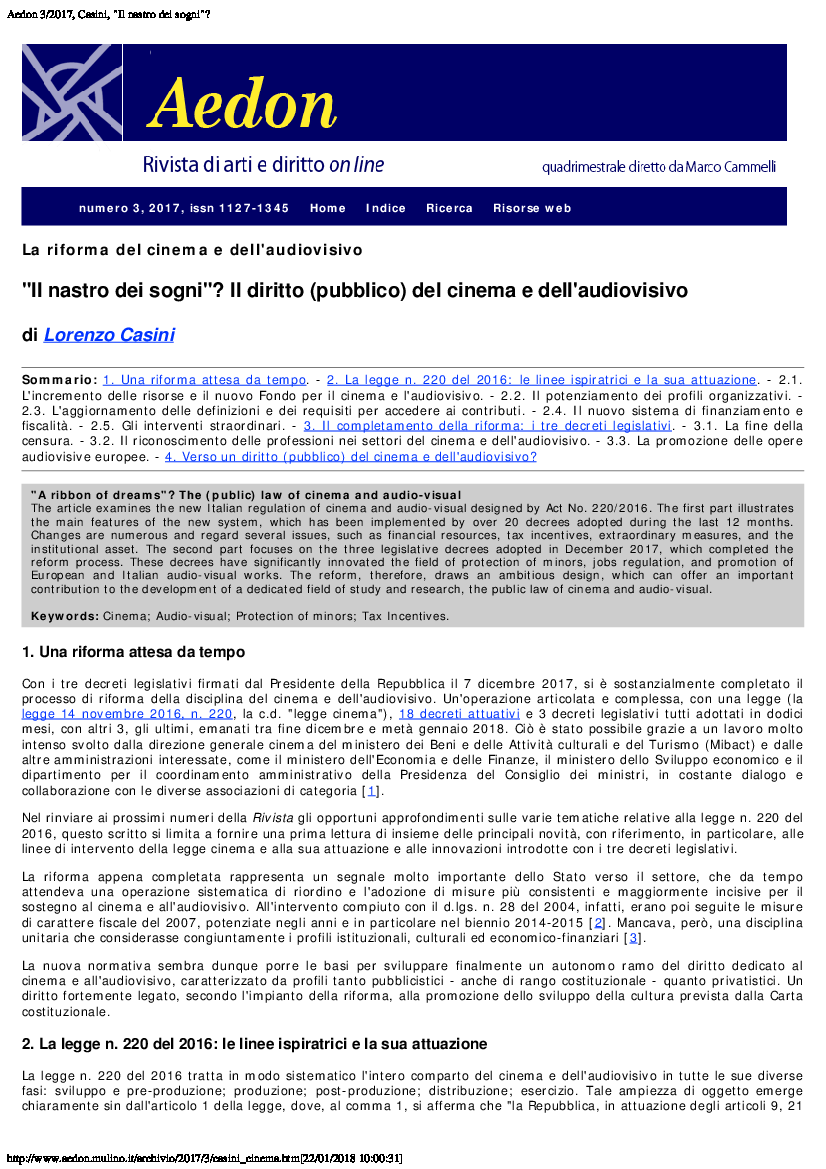