The libraries attached to national nonuments is a particular type of public state libraries located in Lazio, Campania and Veneto, annexed to important ecclesiastical establishments originally belonged to monastic corporations suppressed from 1866. With reform of the Ministry of Culture of 2014, these institutes, who have always been employed by the Directorate- General for Libraries and Cultural Institutions that have managed them through conventions with the original owned Orders, guaranteeing funds for maintenance and personnel, have been partially inserted into the "poli museali", part are now autonomous and also endowed with their own state personnel. The contribution, after a legal-historical framework, illustrates the current organizational and management issues, proposing some solutions. 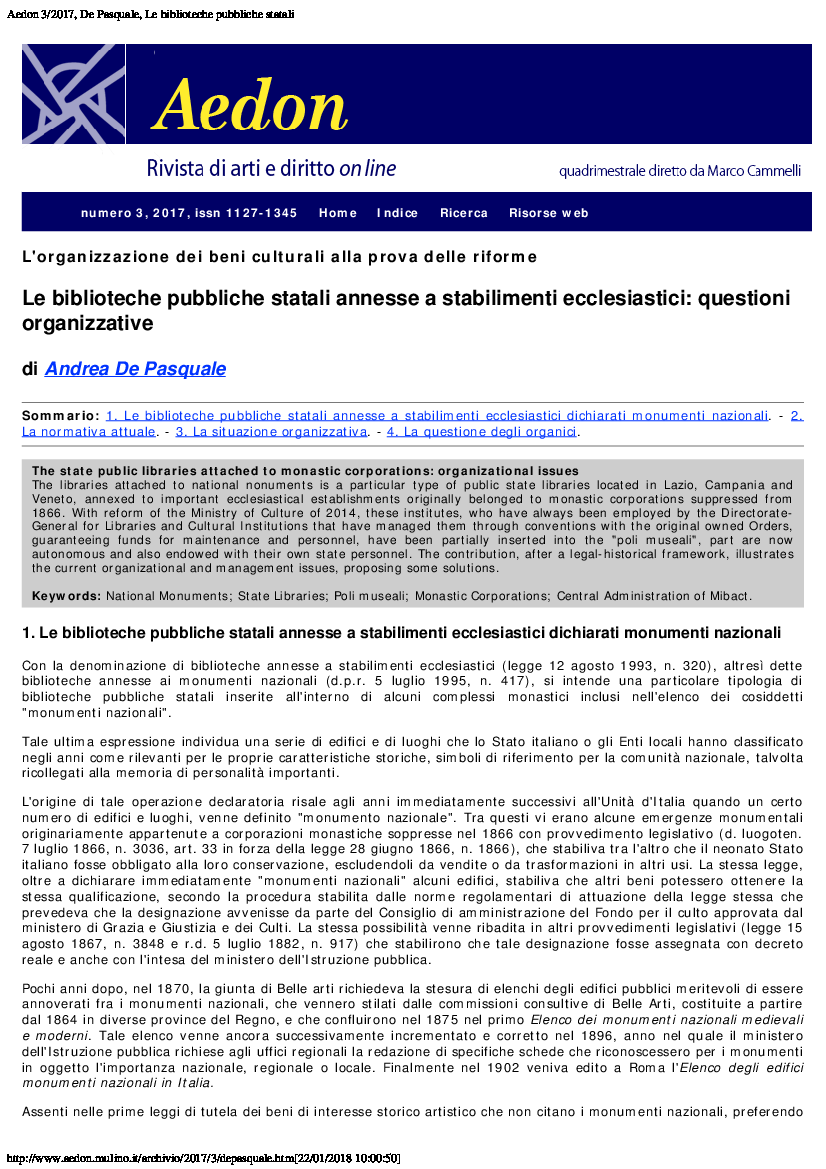