The paper discusses the Veneto's regional law on culture and pays attention to the several principles, objectives and measures set out in the law and which are intended as a guide for the region. In this panorama, a key role is played by the process of valorization and promotion of culture, which is a resource and is often expressed as intangible or tangible cultural heritage. The paper explains that the culture is expression of the local identity and it's a manifestation of the different customs, practices, places, objects, artistic expressions and values. Culture, in all its different manifestations, has so a multilayer and economic dimension. Lastly, the paper outlines the prospects for the future and addresses some issues that might arise in the implementation of the law. 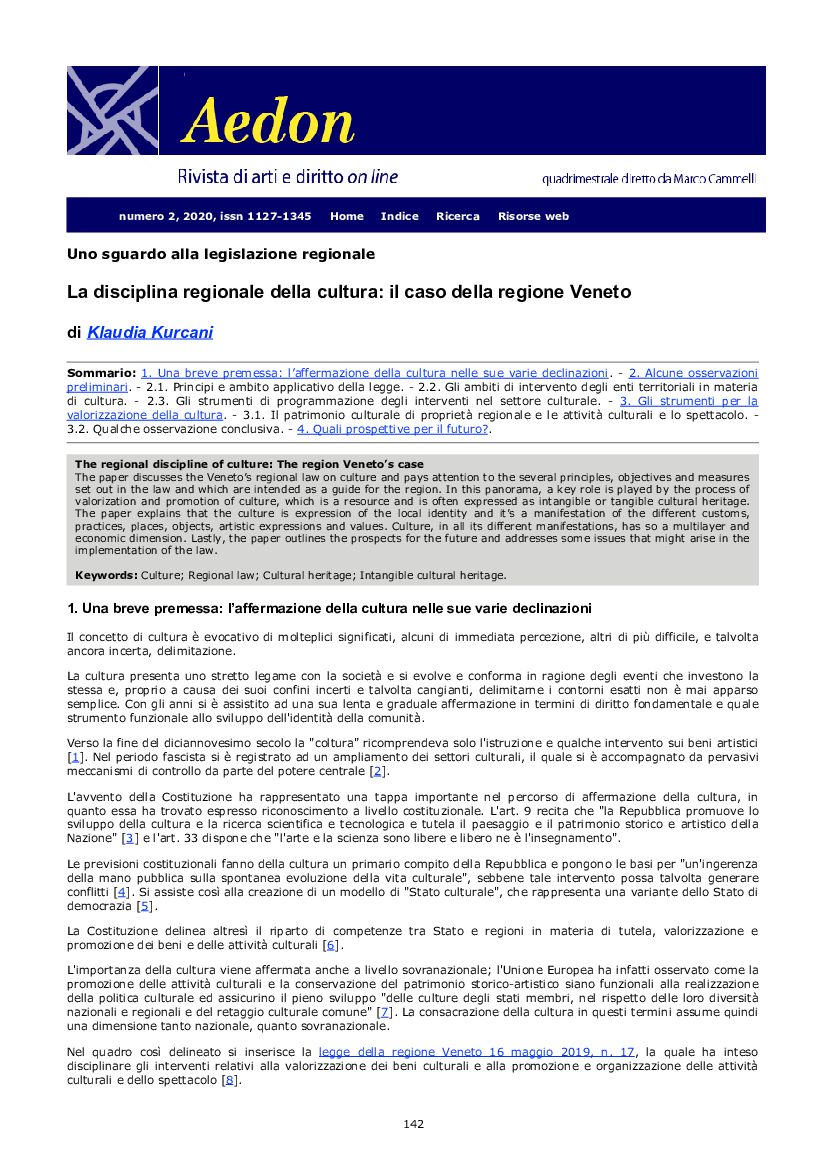