Starting from the elucidation of the basic democratic principles, the essay proposes a critical analysis of the two major concepts of democracy, the minimalist and the deliberative one. It argues that the latter, interpreted as a circular communication of the spheres of opinion-formation and of decision-making, is capable of explaining what the former assumes, namely the confidence that competitors respect the rules of the game. Discursive practice, which can take a conflictual form, and decision-making practice constitute a system that without premeditation predisposes citizens to think by acting according to the rules of a game that is permanently open to change. 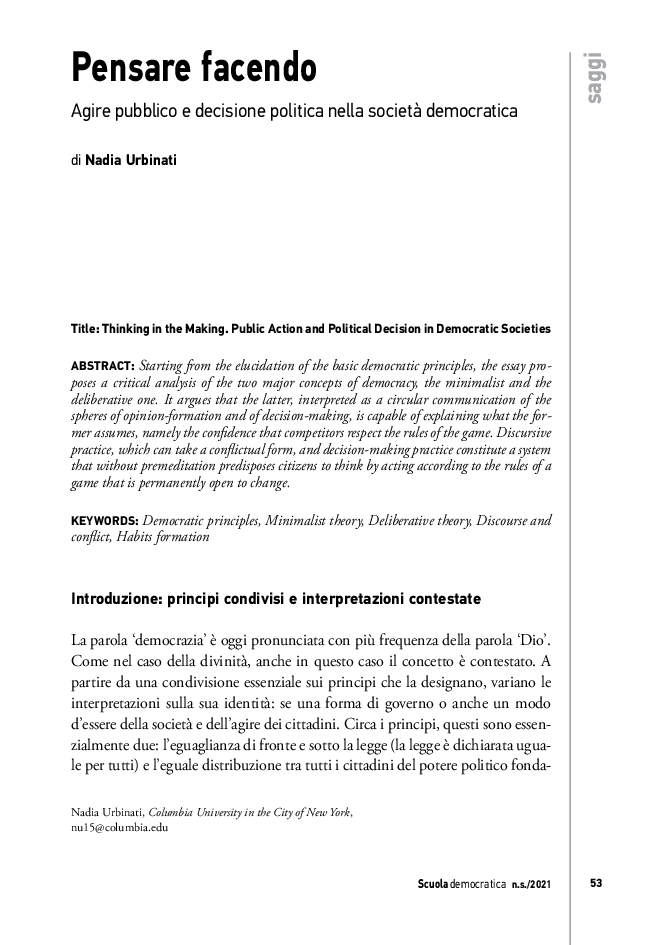