Schools perform both a formative-selective and an integrating funcion. The first consists in endowing stu-dents with knowledges and capabilities relevant to the performance of various social roles and in certifying, through exams and grades, the degree to which they have been achieved. The second consists not only in creating the conditions for a full and meaningful citizenship, but also in improving people's live prospects and in enabling them to pursue different kinds of goals and to associate constructively and enjoyably with different kinds and groups of people. The two funcions are associated with a different outlook on inequalities and with a different kind of egalitarianism which can be called, respetively, comparative and integrative. The fact that some policies produce desirable effects on both counts and others don't, raises problems of evaluation and choice that the traditional and prevailing versions of egalitarianism, mostly centered around the comparative approach to inequalities, often tend to ignore or underestimate. 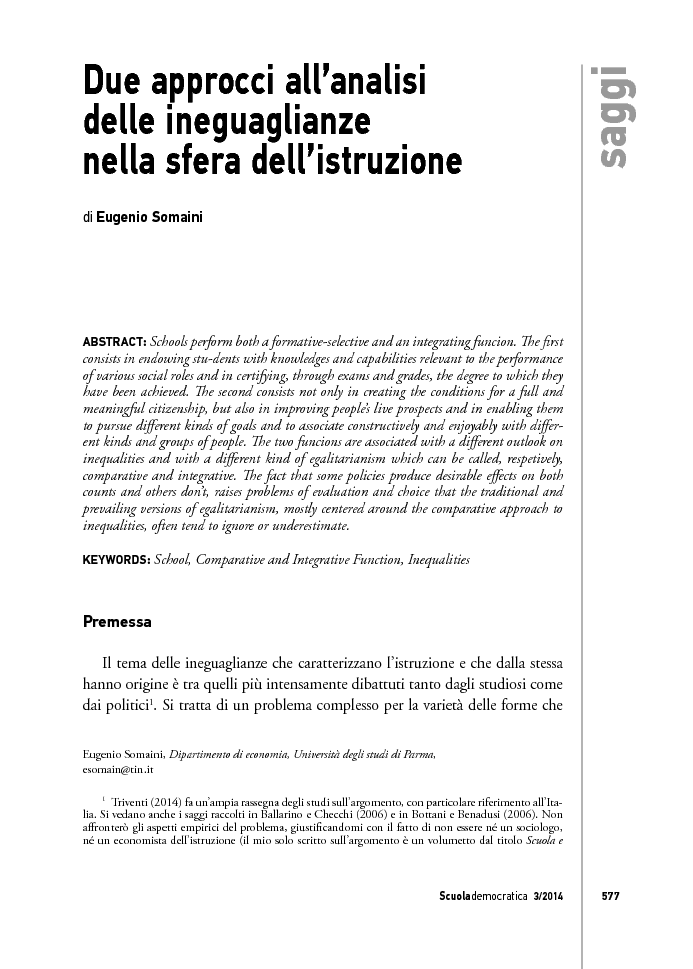