This article pays attention to early school leaving in France. Although dropout rates do not reach worrying levels - below EU average - the political circles and scientific researchers are heavily involved in understanding of the phenomenon and designing prevention programs. From a political point of view, two are the main characteristics of the Republican educational system as regarding ESL. The first is the shift from a 'systemic' approach, focused on remediation, to a preventive approach centered on the single case. The problematic aspect is the hyper-stratification of the projects and the overlapping of the institutions that deal with it. From the point of view of scientific research, the most relevant studies suggest the need to untie the issue of school dropout from a merely scholastic environment, to a problem that must be deal with a large set of extra-curricular actors (associations, local authorities, etc..), according to the principle of alliances éducatives. 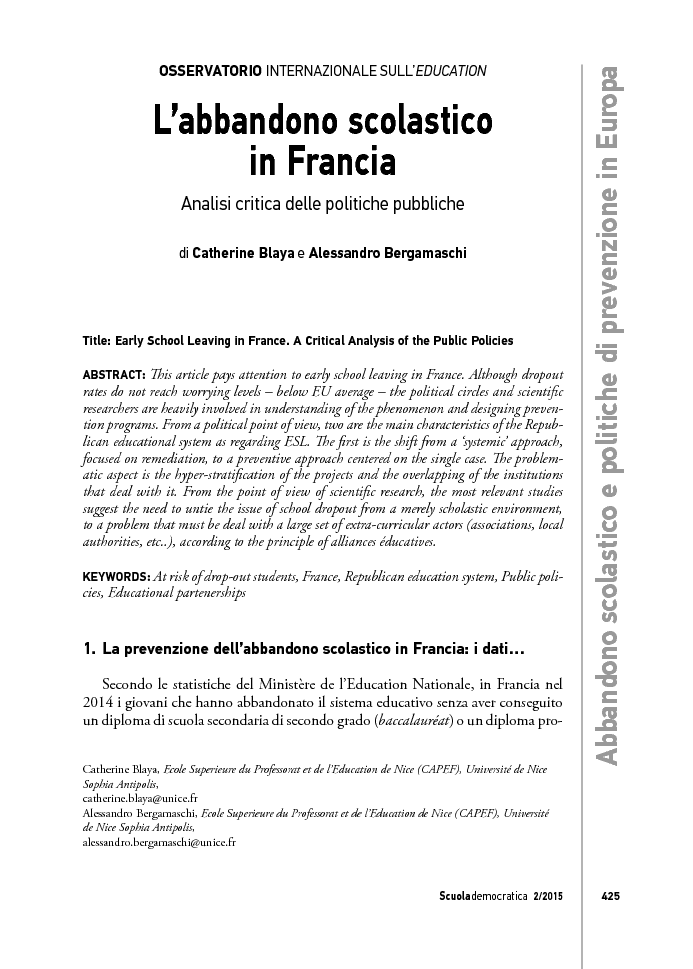