Since many years, Korean ‘comfort women’ are seeking reparation for crimes committed by the Japanese Army before and during War World II. In the 1990s, all lawsuits brought by Korean victims to Japanese government were finally repelled by Japanese courts. In 2015, however, an agreement was concluded by the Republic of Korea and Japan with the aim of settling all reparation issues. Still, the Korean government was severely criticised for failing to consult victims and keep asking Japan to find an adequate solution. Against this backdrop, on 21 January 2021, the District Court of Seoul condemned Japan to pay compensation to twelve Korean women, forced into sexual slavery by the Imperial Japanese Army. The article discusses some of the legal arguments used by Korean judges in order to both affirm the formation of an exception to the traditional regime on State immunity and deny that the agreements concluded by the two States might have extinguished the individual right of access to the courts 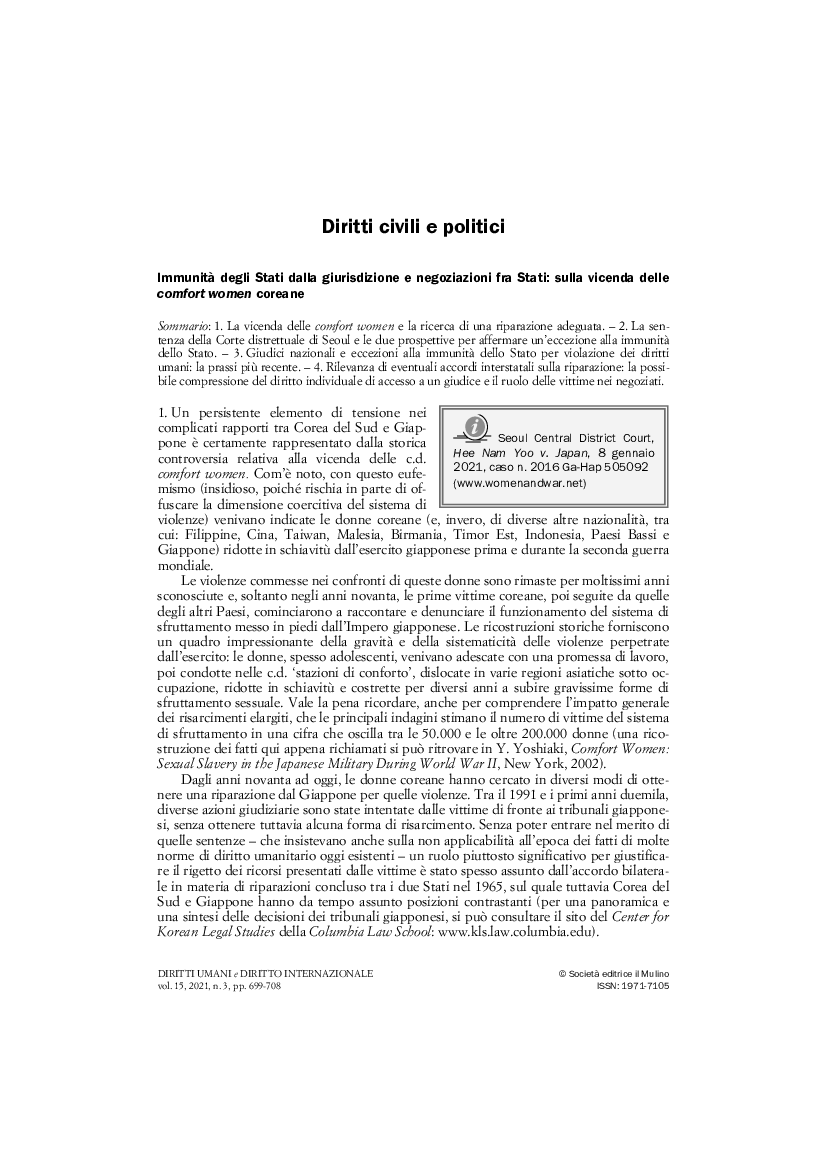