The resolution adopted by the Institute of International Law at its online session held in 2021 on Human Rights and Private International Law deals under its Article 3 with the impact of the rules concerning jurisdiction in civil and commercial matters on the human right of access to justice. The rule is articulated in two separate provisions. Under Article 3, para. 1, the resolution postulates that grounds of jurisdiction shall be based on a substantial connection between the forum and the dispute. As noted by the author, the resolution in this respect seems to build on some comparatively recent developments in the European Court of Human Rights case law, pointing to the relevance of a sufficient connection between the forum and the dispute for the purposes of guaranteeing access to justice on the part of the plaintiff. At the same time, the echoes of the US Supreme Court case law concerning the due process clause, postulating the existence of minimum contacts with the forum in order for the assertion of jurisdiction to appear as fair towards the defendant might also be detected behind the rule, pointing essentially to a ban on exorbitant grounds of jurisdiction. The rule under Article 3, para. 2, of the resolution deals instead with the impact of jurisdictional immunities on the right of access to a court. Differently from a previous draft, referring in broad terms to jurisdictional immunities as a whole and posing a broadly conceived goal of interpreting the relevant rules narrowly, the final text of the resolution takes into consideration just State immunity rules insofar as they may pose an obstacle to actions based on human rights violations. In this respect, the resolution states that those rules shall not deprive victims of human rights violations of their right of access to a court and to an effective remedy. As the author notes, while the rule as currently formulated is surely more ambitious in the principle it states, it leaves out of its purview cases other than those arising from human rights violations, where the right of access to a court, as a human right of itself, is equally likely to be affected by the granting of jurisdictional immunities. 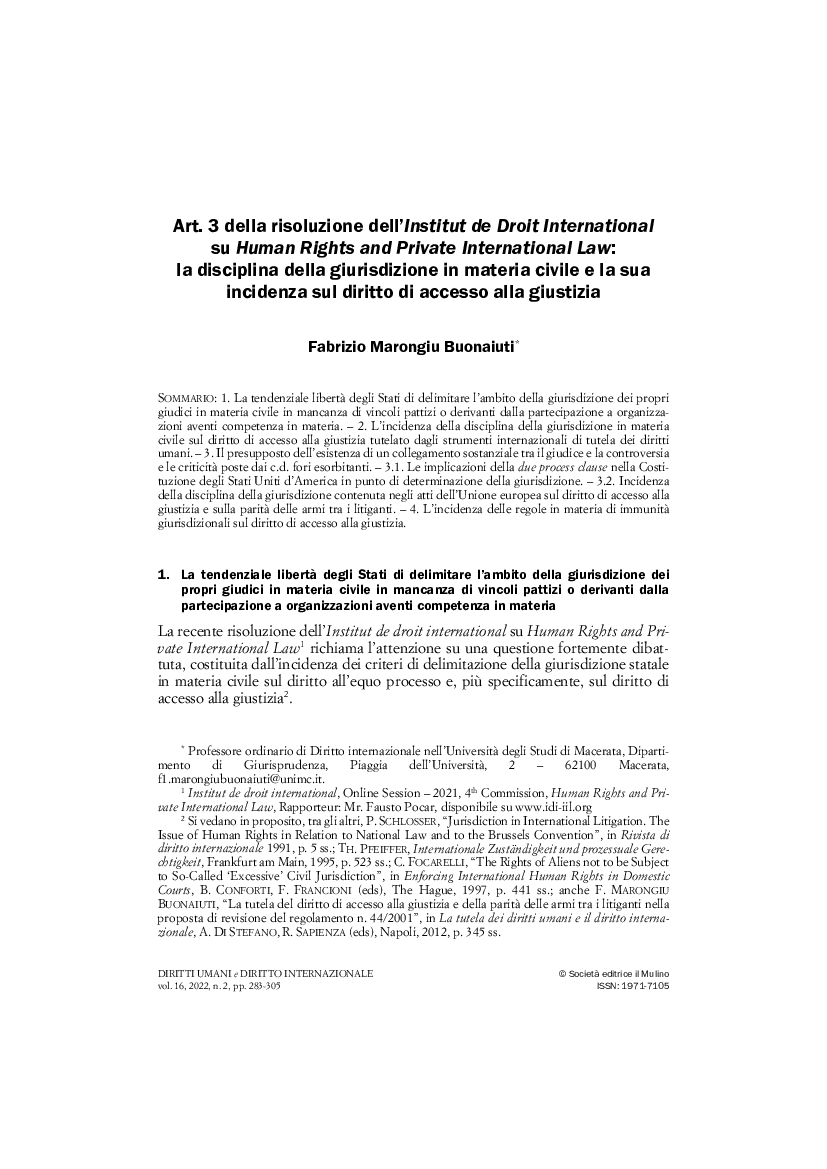