The dignity of people held in custody is considered in this work as a perspective able to provide a concrete and dynamic meaning to the general, but somewhat vague and controversial, concept of "human dignity". Moving from a brief summary of national and international sources of law and from some philosophical premises on the significance of dignity, the essay tries to connect human dignity, equality, and freedoms within a unique systemic frame. If the guiding idea in a democratic society should be a life with, or worthy of, human dignity, such a condition is warranted by a series of human capabilities, whose implementation and protection should be deemed as main objectives of a "decent society". Moreover, the vulnerable and fragile status of those serving a sentence demands a particular and constant attention upon their treatment inside a prison facility. The main issue lies in the compatibility of the criminal detention conditions in Italian prisons with the principle of rehabilitation stated by Art. 27.3 of the Italian Constitution and with the international safeguards of prisoners' rights. The Italian enduring anathema of prison overcrowding epitomizes the hindrances to a real rehabilitation of detainees, especially in view of the European Court on Human Rights case law about the violation of Art. 3 of the ECHR due to Italy (pilot sentence: "Torreggiani et al.", 2013). The inescapable goal of improving the offender/inmate's care for his/her person, his/her thinking skills, and the care for his/her personal relations as tools for rehabilitation and, thus, prevention, should be achieved through criminal sanctions re-conceived as "projects" and "opportunities" to improve one's capabilities to contribute to the development of his/her community. 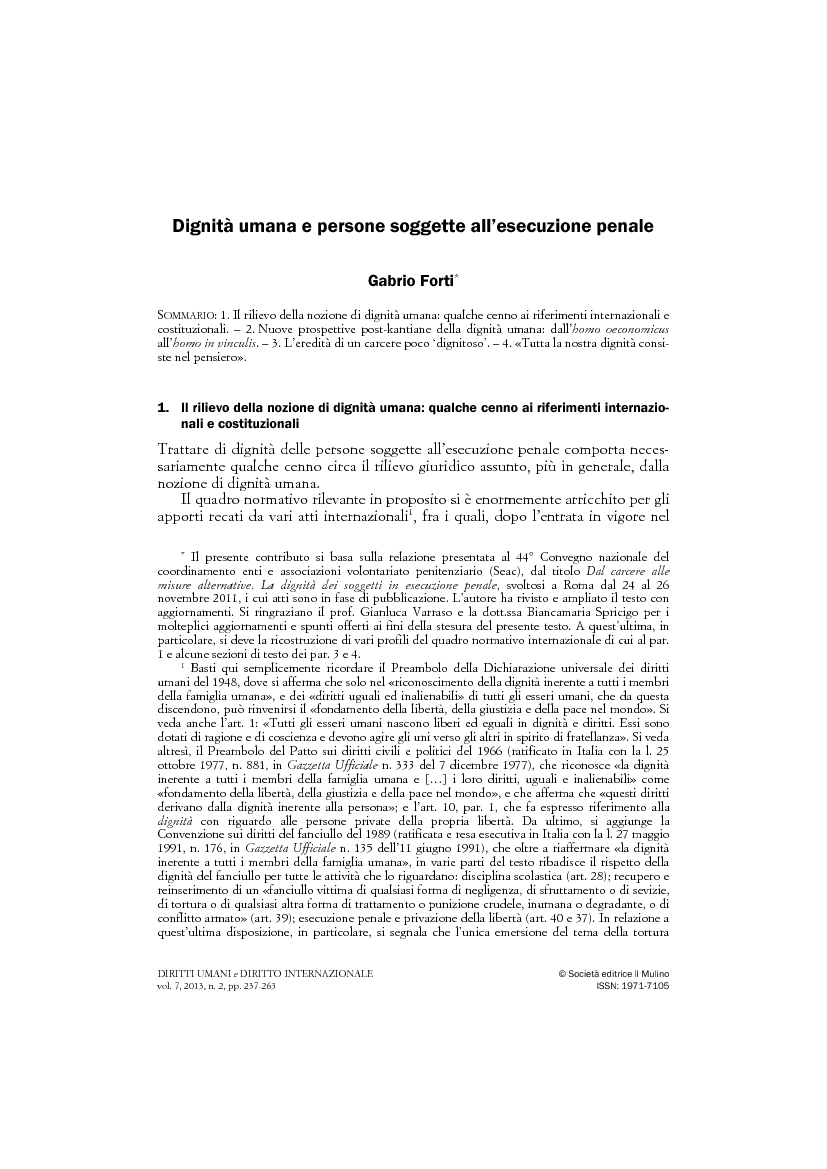