In the second part of the Article, the Author proposes a definition of an European concept of 'public morals'. Given the necessity to anchor the notion to an objective standard, and drawing from the jurisprudence of Italian Constitutional Court, he suggests a link between 'public morals' and 'human dignity', which is considered an important value protected by the European Convention of Human Rights. As defining 'human dignity' is itself a difficult task, the Author singles out two dimensions of this concept, which can help in interpreting the 'public morals' clause. He holds that the first dimension, that is personal autonomy, can make clear what are the boundaries of the State in enforcing moral convictions, barring the government from hindering harmless private choices; the second dimension, that is respect for other people, can provide a content to the 'public morality' clause, allowing the State to forbid conducts that demean human beings as such. 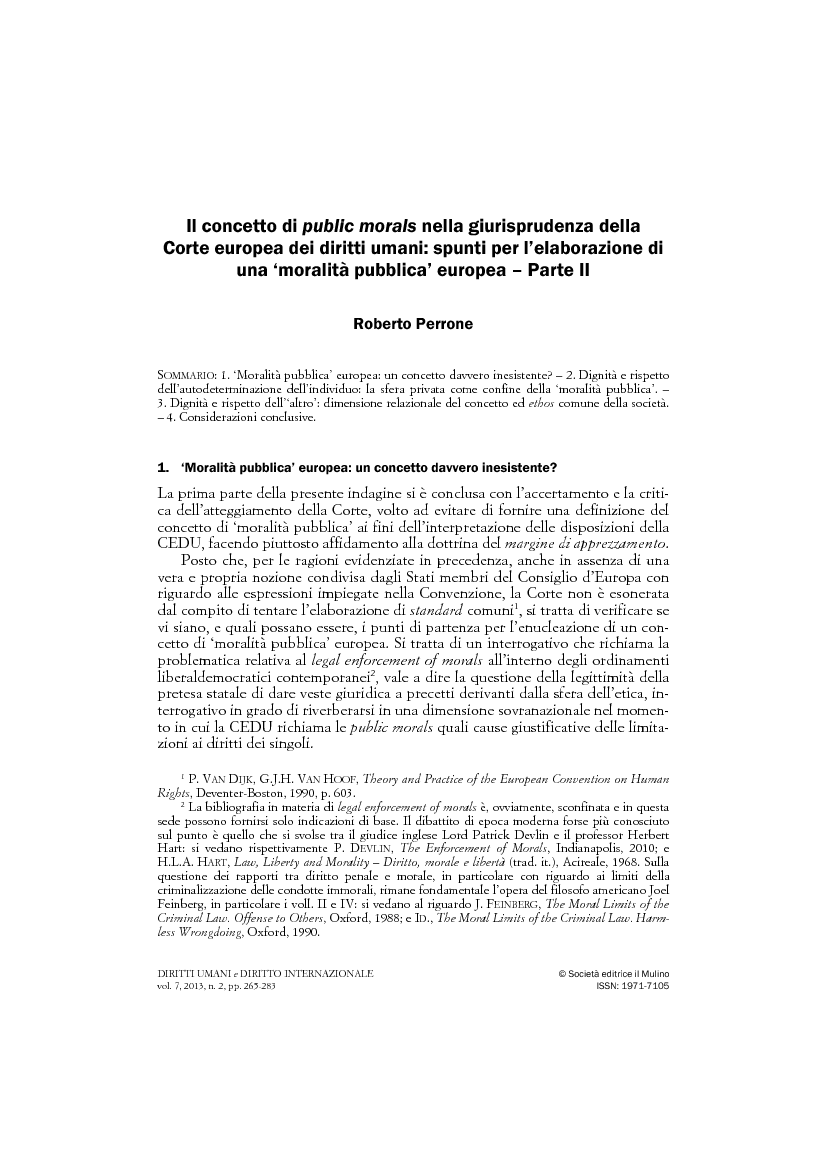