On 13 December 2012, in the case "El-Masri v. the former Yugoslav Republic of Macedonia", the Grand Chamber of the European Court of Human Rights (ECtHR) delivered its first judgment on the compatibility of the CIA extraordinary renditions programme with the European Convention of Human Rights (ECHR). The ECtHR established, inter alia, that the extraordinary renditions bear the special "stigma" of "torture" and are "anathema" to the rule of law and the values protected by the Convention. Moreover, the ECtHR concluded that the investigations carried out by the respondent State into the alleged serious violations of human rights were inadequate and ineffective as they were not capable either of establishing the facts and the relevant circumstances of the case or of leading to the identification and punishment of those responsible. Therefore, these investigations had a negative impact on the prevention of impunity and on the "right to the truth" of the applicant and his family, as well as of other victims of similar crimes and the general public. Firstly, this paper aims at examining the extraordinary renditions in the light of the ECHR, focusing on the rights protected by articles 3 and 5 of the Convention. Secondly, it addresses the possibility of deriving the "right to the truth" from the protection provided by the ECHR - more specifically, from the procedural obligations under Articles 2, 3 and 5 - for victims of serious violations of human rights. For the purposes of this analysis, the paper takes into account: a) the recognition of the right to the truth in several international instruments; b) the increasing attention on this right from international human rights monitoring bodies and special procedures mandate-holders; c) the contribution made by the case-law of the regional human rights courts established by the American Convention on Human Rights and by the ECHR. 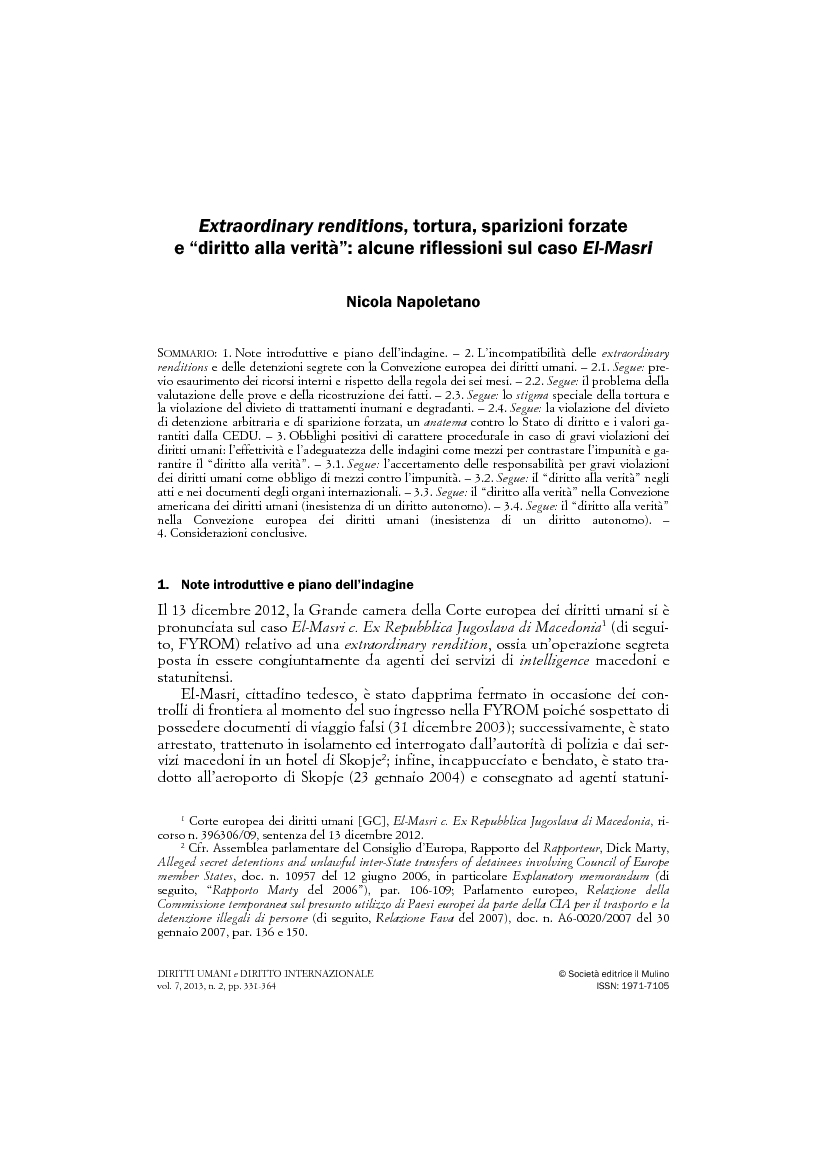