In the light of the recent ruling issued by the European Court of Human Rights ('ECtHR') in "El- Masri v. the former Yugoslav Republic of Macedonia" and of the cases currently pending before the ECtHR arising from 'extraordinary renditions', the paper aims at exploring the relationship between extraordinary renditions and enforced disappearances, a type of violation which has much in common with the former and that was standardized in the International Convention for the Protection of All Persons from Enforced Disappearances (New York, 20 December 2006; 'CPED'), with particular focus on the jurisprudence of the ECtHR. The aim is to illustrate that such an approach is possible, by recognizing that 'extraordinary renditions' violate a multiplicity of human rights and that such violations are inherently cumulative, being part of a single conduct having the effect of placing the person concerned outside the protection of the law. Nonetheless, according to the jurisprudence of the ECtHR, extraordinary renditions seem to inherently violate a further human right, namely the right not to be subjected to torture or cruel, inhumane and degrading treatment, which remains uncovered by the notion of enforced disappearance set out by the CPED. 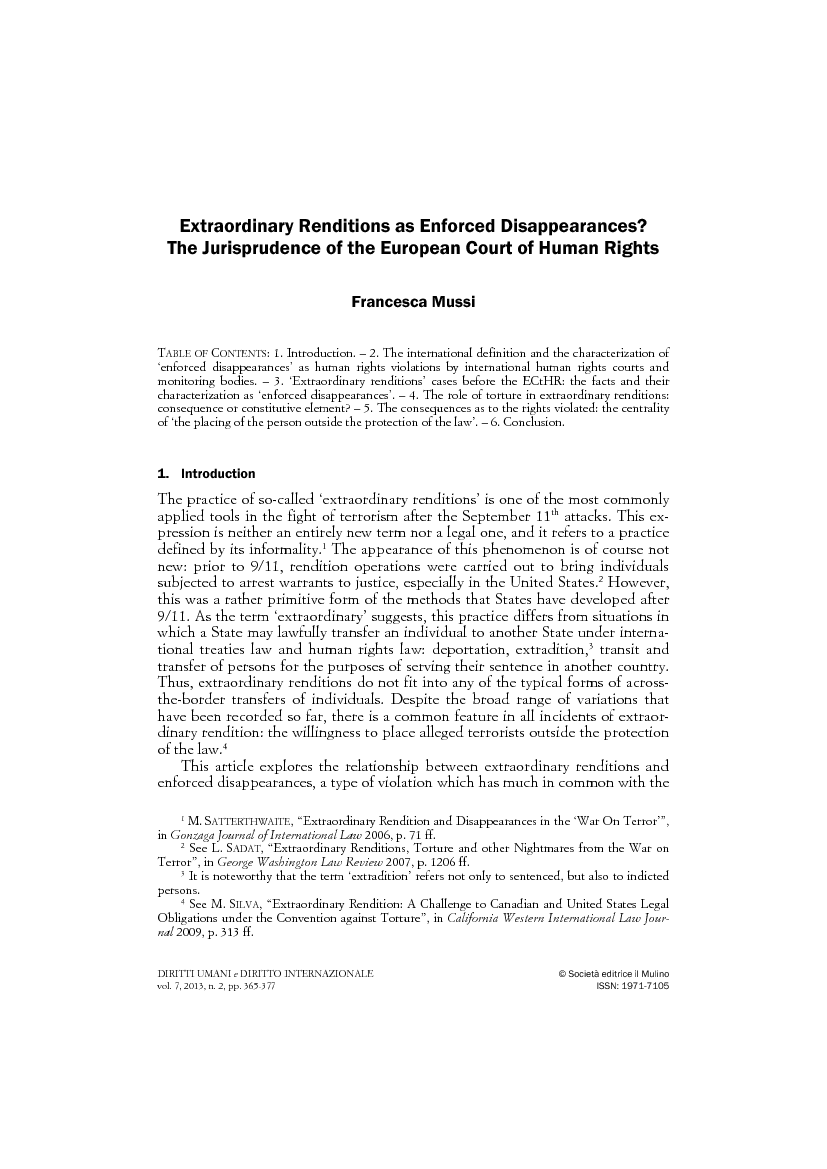