In this judgment the Court held that the French law «prohibiting the concealment of one's face in public spaces» does not violate the right of Muslim women to wear the "burqa" and "niqab" according to their faith. This position of the Court has rightly been criticized. However, the significance of this judgment does not only lie in the declaration of non-violation of the Convention, but also in some statements raising the standards of protection of the right to manifest one's religion or beliefs by wearing Islamic veils. First, the Court rejected the Government's argument that wearing a fullface veil is not a 'manifestation' or a 'practice' within the meaning of Article 9, paragraph 1. Second, the Court held that wearing full-face veils does not necessarily infringe the principles of gender equality and human dignity. The article argues that the Court can rely on these findings as 'general principles' concerning Article 9 in future cases. Finally, while recognizing to France a margin of appreciation in deciding to protect the conditions of 'living together', the Court warned the government against the 'Islamophobic' risks of its policy. This is not the first judgement in which the Court addressed warnings to Respondent States. However, the value of the Courts comments in the present case seems to be purely political. The paper argues that the Court is not competent to express them. 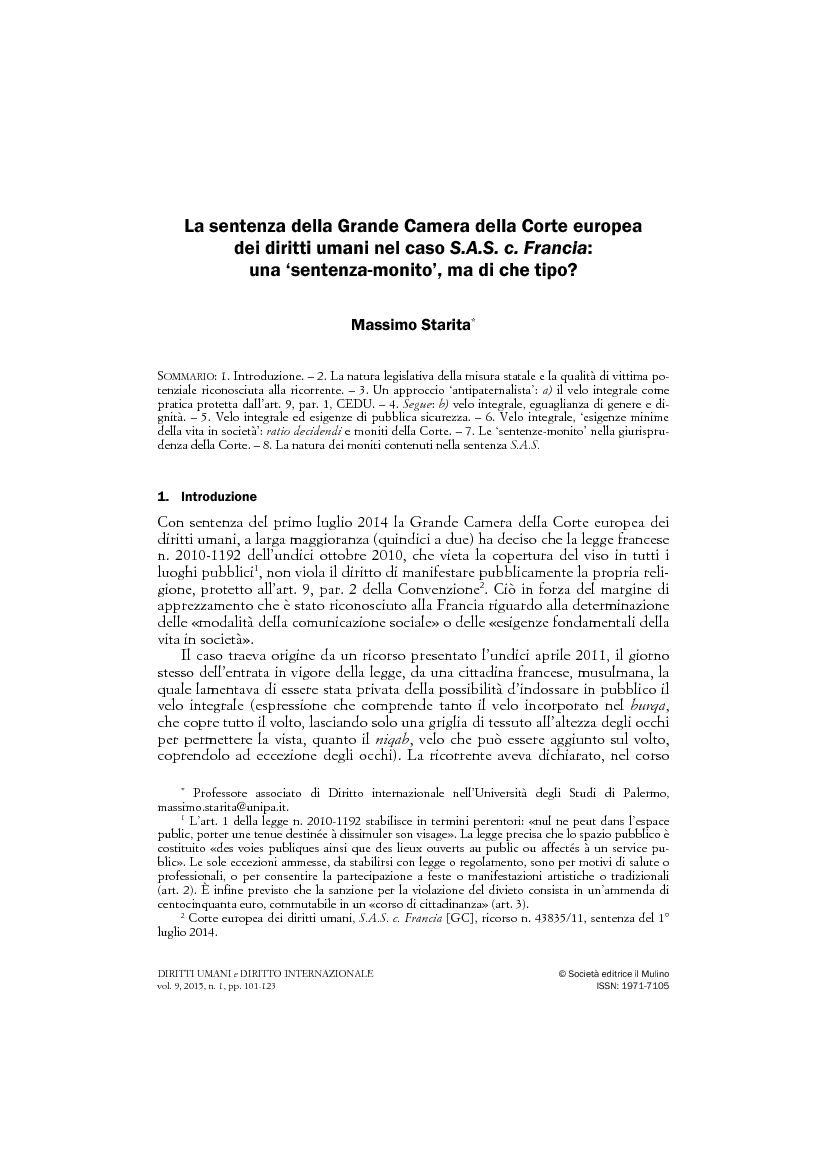