The case-overload and the backlog crisis at the European Court of Human Rights (ECtHR) are well-known issues in Strasbourg, which risk to clog the Court's activity to a point where they seriously threaten the effectiveness and expediency of the entire ECHR system. To fight these serious threats, Protocol no. 14 introduced a new filtering mechanism in order to reduce backlog while pursuing expediency. However, expediency comes at a price, precisely that of a possible loss of quality of the application process and transparency of judicial reasoning. This risk has been bluntly highlighted, in all its adverse effects, by the Human Rights Committee (HRC). In the "Achabal" case, the HRC found a violation whereas the same case had been previously declared inadmissible by the ECtHR on the grounds that it did not disclose 'any appearance of violation of the rights and freedoms guaranteed by the Convention and its Protocols'. The serious criticism and concern expressed by the HRC in the "Achabal" case regarding the upsetting lack of reasoning in inadmissibility decisions nurtures the fear that justice in the ECHR system might have been sacrificed on the altar of expediency. This article will first succinctly summarize the case (Paragraph 2) and the HRC's overruling on the concept of 'previous examination' by another procedure of international investigation (Paragraph 3). It will then focus on the repercussions of the HRC's findings on the inadmissibility decisions delivered by the ECtHR (Paragraph 4), especially in light of the new 2013 stereotyped reasoning formula employed by single-judge formations (Paragraph 5). Finally, particular attention will be given to the "Pronina" case recently adjudicated by the HRC, which surprisingly seems to distance itself from the significant findings in "Achabal" (Paragraph 6). 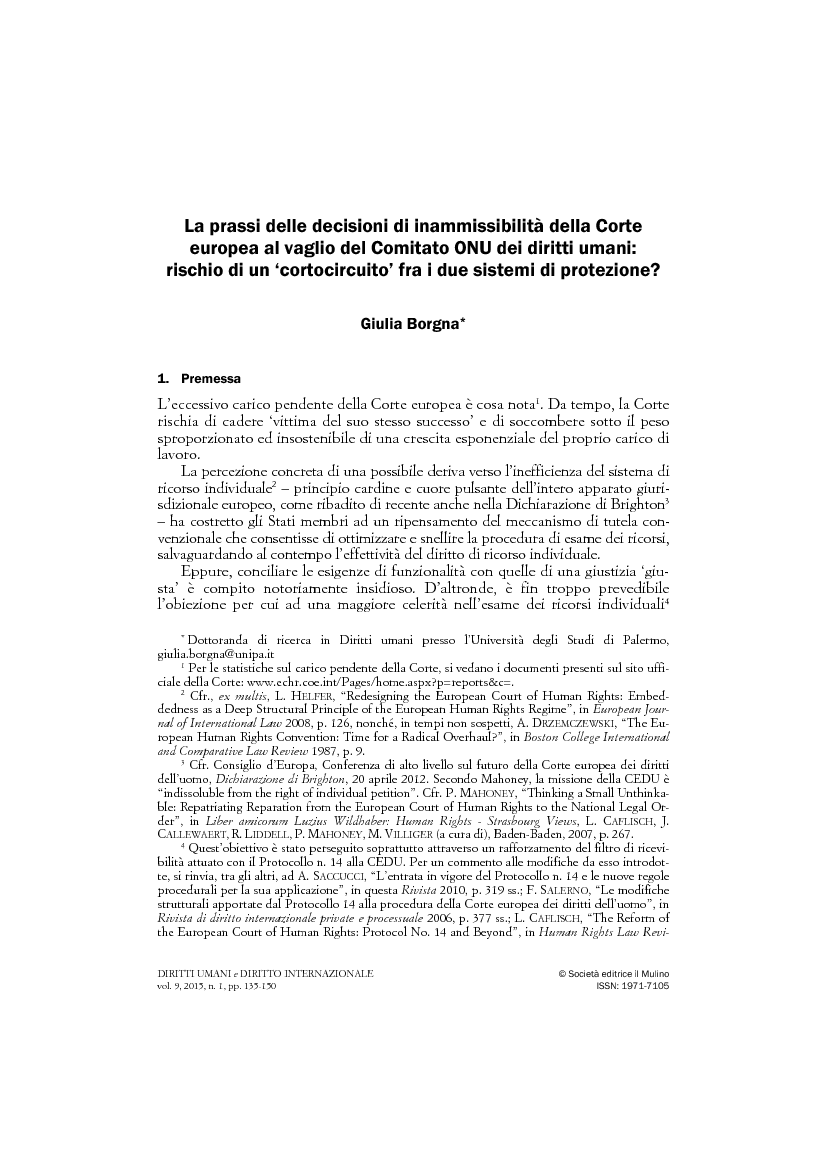