The volume edited by Angelo Schillaci makes a fundamental multidisciplinary contribution to the national and international debate on the question concerning the protection of gay persons rights. Even if it addresses an issue which has attracted growing attention in legal literature, especially in the light of significant developments in a number of domestic legal systems, the book is not limited, like other contributions on the same subject, to a critical analysis of the legal problems that the homosexual question brings up and of the relevant national and international jurisprudence dealing with that question. The aim of the book, which is also reflected in the approach followed by all the authors of each chapter, is also to provide the reader with all the instruments, empirical as well as theoretical, for a meaningful comprehension of all possible aspects - legal or not ‒ of the matter and to suggest solutions that should be adopted by judges and practitioners when requested to extend the same rights enjoyed by other people to gay persons or to same-sex couples. The author argues in this regard that even if most legislations do not - or do not completely - put all the persons on the same footing, irrespective of their sexual orientation, this does not necessarily exclude the possibility of finding interpretative solutions, which are aimed at ensuring equality of treatment for both homosexual and heterosexual persons, even in the lack of a specific legislative intervention on this point. A culture-oriented interpretation of the law that should take into account also social developments and changing values of the social context where it is applied should in fact be adopted as a means of promoting a different approach to discrimination problems and of enhancing equality in the protection of human dignity and of individuals' rights. 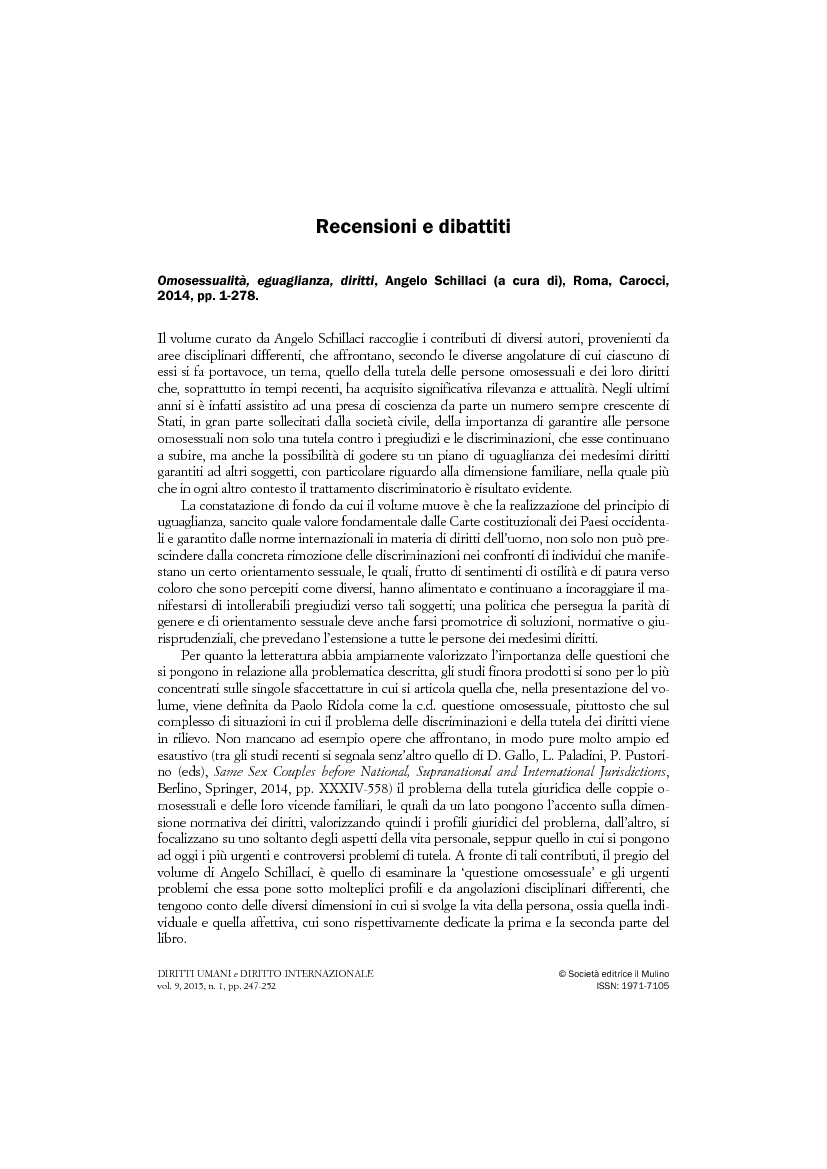