The current definition of the crime of genocide traces back to the UN Convention of 1948 and it still reflects the many compromises done during the negotiations at that time. Today it appears to be unsatisfactory under certain aspects, in particular because too narrow to satisfy the diffuse call for justice and accountability for grave international crimes. It is a fact, though, that since its adoption in 1948, the definition of the crime of genocide appears to be virtually unmodifiable, at least with regard to the relevant international instruments: indeed all the Statutes of International tribunals established so far, have verbatim repeated the words of the Convention. We come to a different conclusion, however, if we take into consideration the domestic implementation - at the legislative level - and interpretation - at the judicial level - of genocide. The paper thus analyses in the first place the tensions between the international notion of genocide and its modification at the national level, including in light of the principle of legality. Moreover, the author takes into consideration some of the most problematic issues with regard to the interpretation of the crime of genocide, as its special intent, the legal interest protected by the norm and the specific difficulties in attributing the responsibility for this collective 'macro-crime' to individuals. 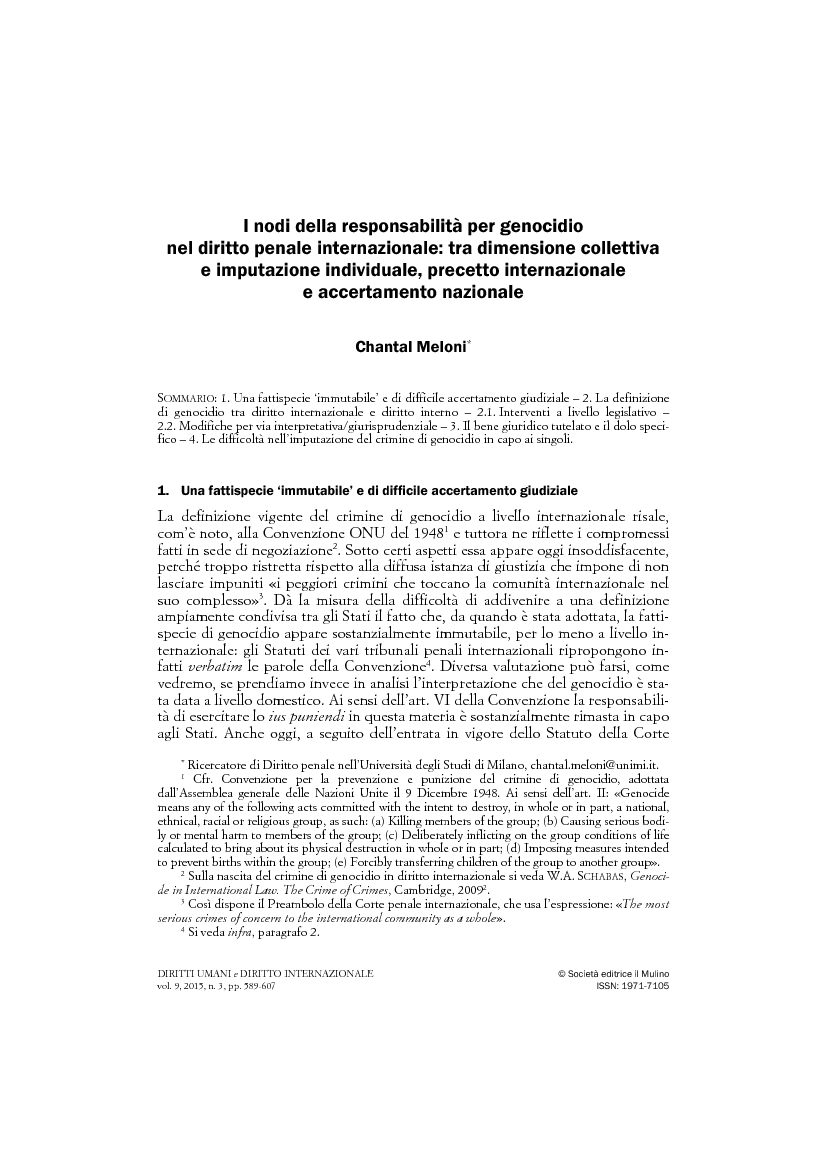