On 27 January 2017, the US President Donald Trump adopted an executive order, "Protecting the Nation from foreign terrorist entry into the United States", introducing extremely controversial measures: i.e. a 90 day entry ban for nationals from Iran, Iraq, Libya, Somalia, Sudan, Syria and Yemen, and a 180 day suspension of refugees' admission to the USA. This ban was challenged before many courts and frozen by a nationwide restraining order on 3 February 2017. On 6 March 2017, a new travel ban was adopted but then suspended nationwide on 15 March 2017. The author analyses both orders and the most significant domestic case-law, focusing in particular on the compatibility of the bans with international law, and on the possibility of international remedies, against the USA and/or Third States, for complicity or on other grounds. 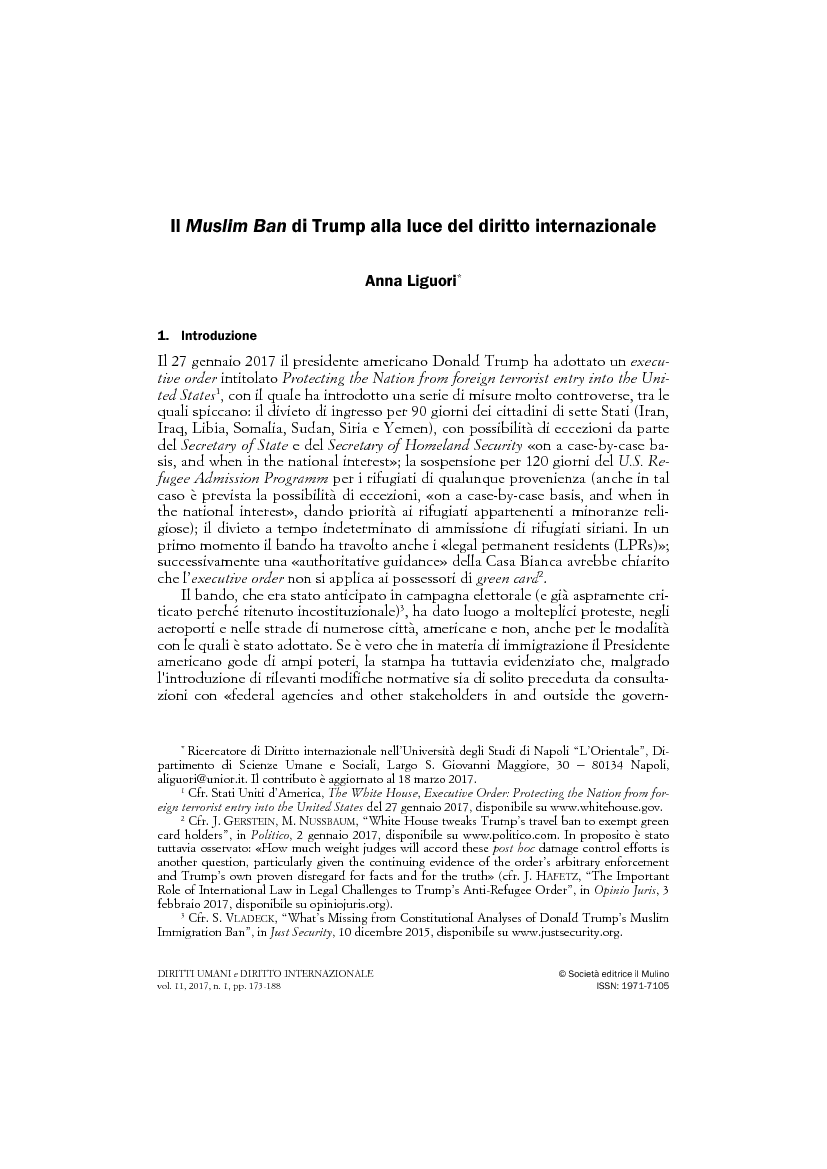