Human rights bodies are increasingly called to rule on the compatibility with international standards of restrictive abortion laws and "de facto" obstacles to abortion under domestic jurisdictions. The approach of the European Court of human rights significantly differs from the attitude towards the practice shown by treaty-based bodies, such as the Human Rights Committee and the CEDAW Commit-tee. In particular, the Court recognizes a wide margin of appreciation to States, refusing to condemn the absence of provisions allowing abortion in certain circumstances. The Committees, on the contrary, express a genuine concern for the consequences of restrictions on abortion on women's rights. The analysis highlights and compare the main conclusions reached by the Court and the treaty bodies in the field of private life, inhuman and degrading treatments, and discrimination, aiming at identifying reasons and practical consequences of the different approaches adopted. 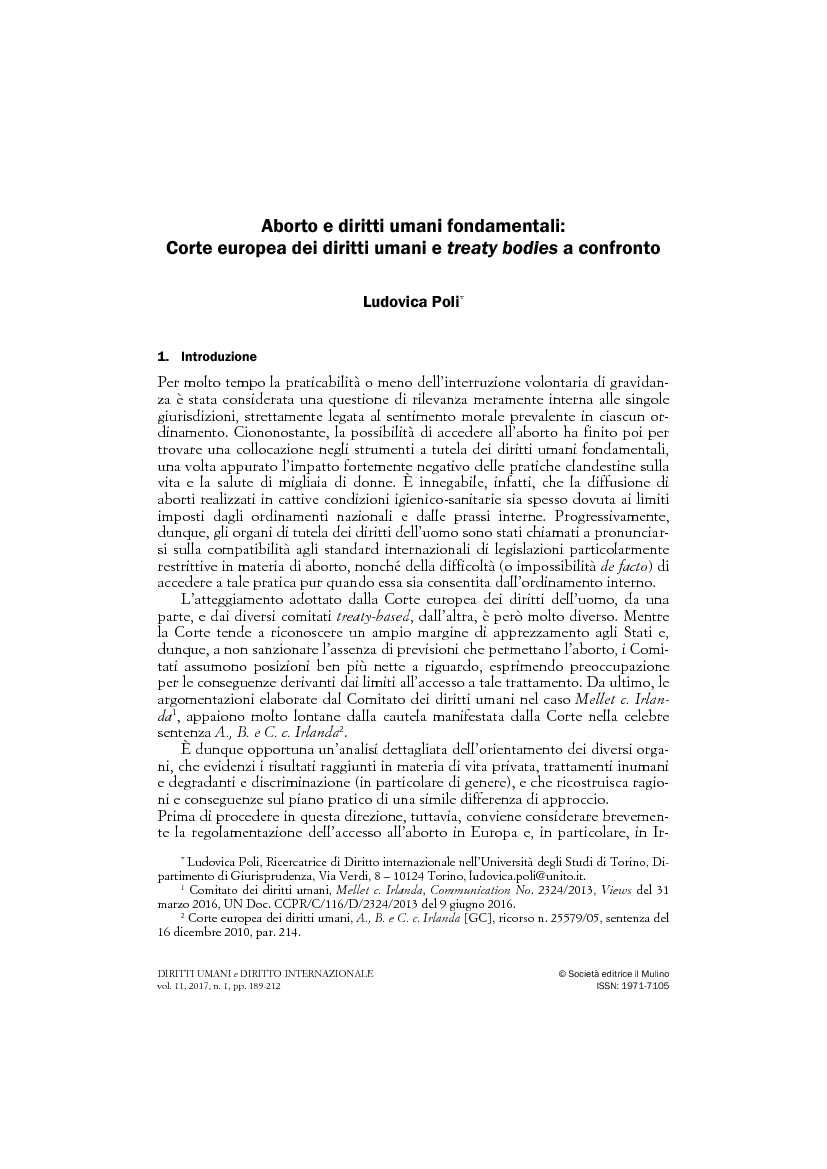