The establishment of transitional justice mechanisms in Nepal has been included among the measures to be adopted to overcome the heinous legacy of a ten-year long internal armed conflict (1996-2006). After several failed attempts, in 2014 transitional justice legislation entered into force and two truth commissions (one of which is meant to deal only with enforced disappearance) have been established. However, the whole process is highly controversial. On the one hand, victims' groups have been consistently excluded from the design of such mechanisms and the drafting of the relevant legislation. They feel that the whole process was externally imposed and, eventually, a tool to perpetuate their exclusion and social marginalisation. On the other hand, the Government refers to transitional justice as a panacea, which should justify the current state of overall impunity, the lack of redress for thousands of victims, and exempt it from international scrutiny. An analysis of the Nepalese experience highlights the ambiguities hidden in transitional justice processes and warns about potentially undesirable out-comes. 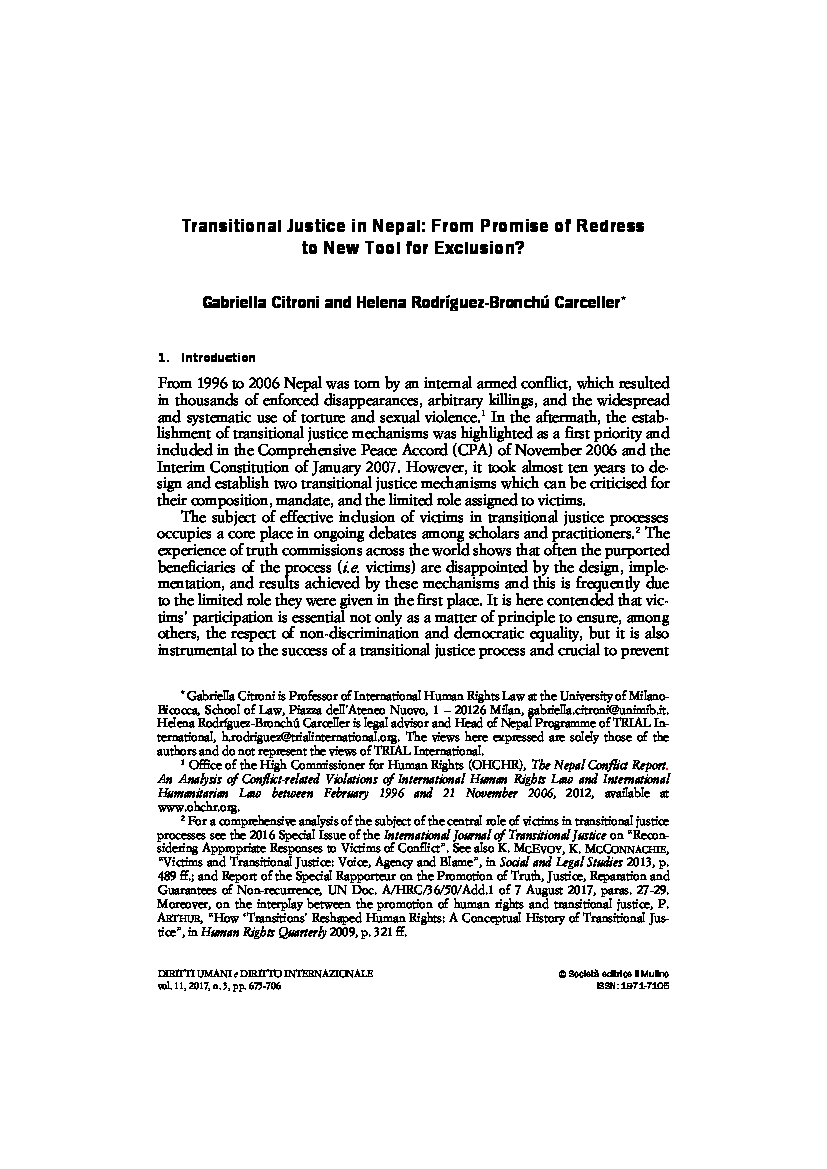