After the end of the internal armed conflict in 1992, Salvadorian civil society defended the right to truth, justice, and reparation for victims, with a range of initiatives, the most prominent examples of which are presented in this paper. Among these, special attention is given to the experience of the "Tribunal Internacional para la aplicación de la Justicia Restaurativa (TJR)": established in 2009 by the "Universidad Centroamericana 'José Simeón Cañas'" and the victims' committees, it grants survivors and relatives of victims of murder or forced disappearance, the opportunity to publicly denounce the offence they suffered. Though the assembly has neither legal recognition nor jurisdiction, nonetheless it serves as a provider of advocacy, through respect of dignity and the value of witness. 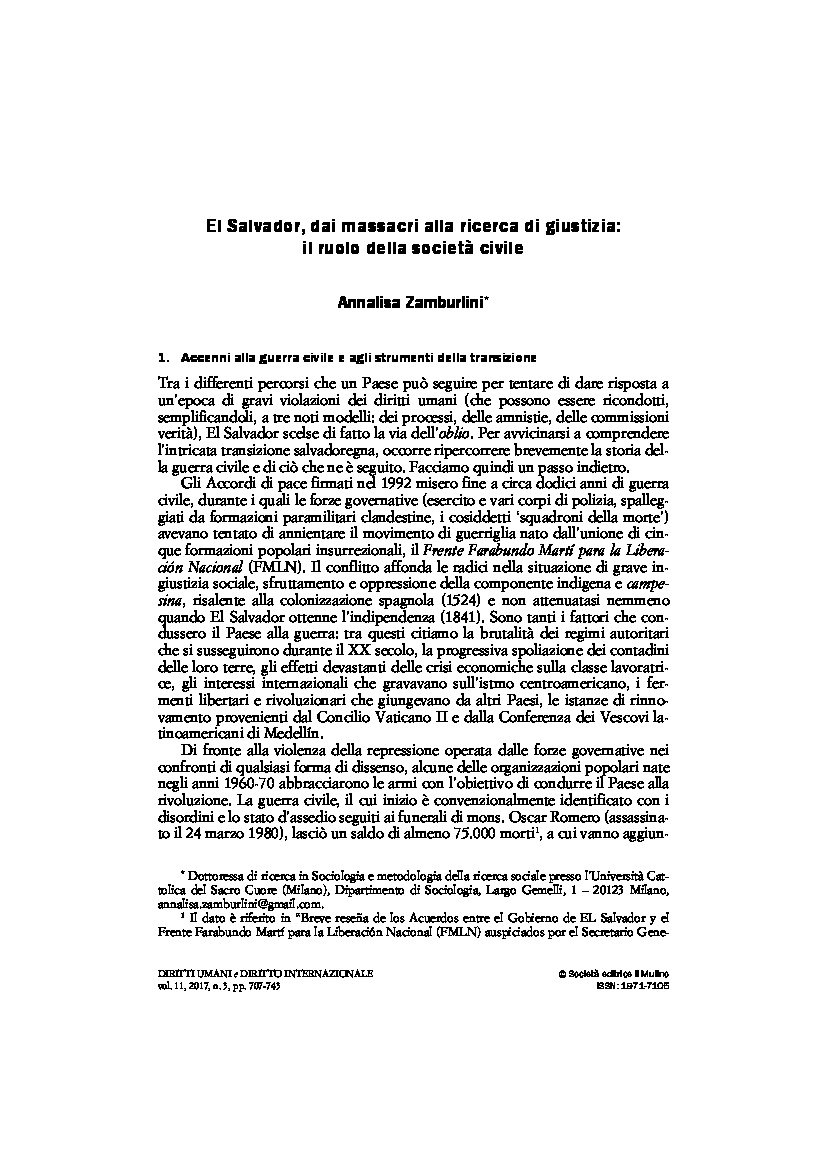