The paper outlines a model of the structure and function of political parody, and analyzes the multimodality of body behaviors in a corpus of parodies. Parody is a communicative behavior (a discourse, text, body movement, song) that imitates a communicative behavior or trait displayed by some Target while reproducing it in a distorted way, with the aim of making fun of the behavior, the trait, or the Target. A distinction is made between «surface» and «deep» parody, with the former simply imitating traits or behaviors actually displayed by the Target, and the latter implying a particular (humorous) characterization of the Target, obtained by re-categorizing it in a ridicule category. A corpus of political parodies is analyzed by annotating, for each signal of the Parodist's multimodal behavior, the shared knowledge it alludes to, the humorous aspects, the specific characterization provided of the Target, possibly through re-categorization, and the flaws highlighted in the Target, as evaluated in terms of some political criteria. 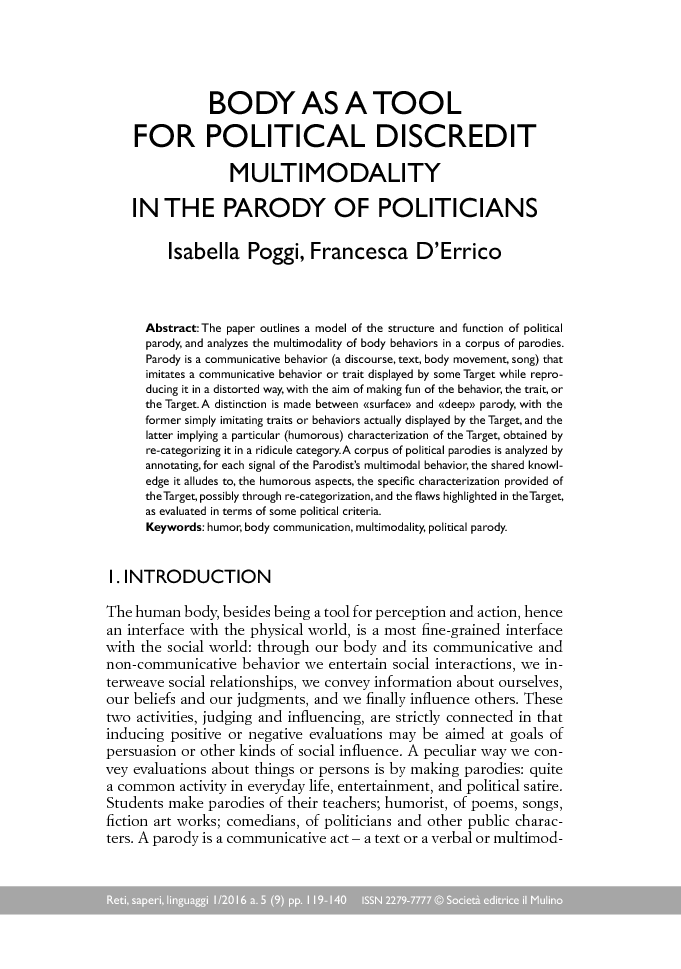