The central claim of this paper is that a good deal of confusion in the debate concerning the role of affordances in semantic processing is due to the failure to draw a distinction between "canonical affordances" and "ad-hoc affordances". Whereas canonical affordances are conventional and have a normative side (e.g., chairs are for sitting-on), ad-hoc affordances are non-conventional and related to possible interactions with objects in a certain given context (e.g., a chair can afford standing-on to change a light bulb). Focusing on nouns for human artifacts (e.g., «hammer»), I argue that this distinction cuts across a number of controversies concerning the role of motor information in the processing of the meaning of those nouns, allowing us to distinguish information related to objects' function (what the object is for) from manipulation (how we interact with the object). As a result of the present analysis, I suggest that whereas canonical affordances might not involve necessarily simulation over motor information, ad-hoc affordances associated to the manipulation of objects do involve motor simulation and are a crucial component of a distributed representation of the meaning of an artifact noun. 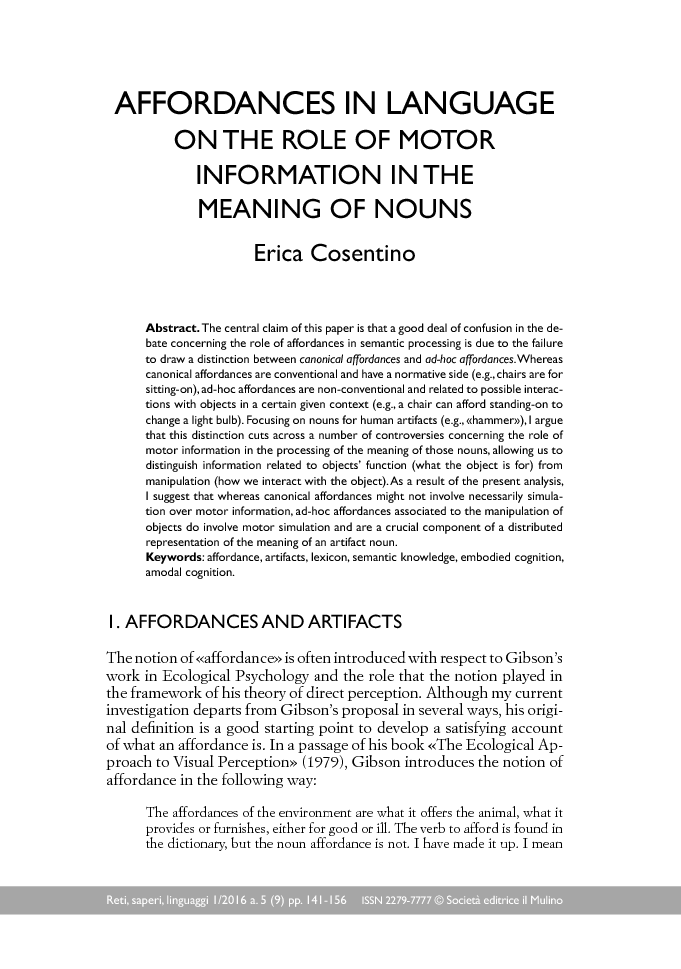