We propose that implicatures and stereotypes reinforce each other in producing persuasive effects. The way these two categories interact is shown on the basis of first-hand data from advertising texts and political propaganda, where persuasion is a primary function. Implicatures are more easily drawn if the content to be recovered is a stereotype, as compared to less expectable information. At the same time, stereotypes are more easily accepted and less probably challenged if they are presented implicitly, via implicature. Thus, the exploitment of stereotypes and implicatures has a twofold, bidirectional effect. The stereotypical assumptions guide the implicature process, and at the same time they are re-inforced by that process. If directly asserted, many stereotypes would appear as a too simplistic and exaggerate representation of reality; but since they are only evoked implicitly during the inferential process, they get some chance to bypass the addressees' critical reaction and to be transferred into their set of beliefs. These facts are widely exploited in persuasive communication, especially when trying to convince the target audience about things that are not true. Consequently, awareness of them should be regarded as an important ingredient of democratic cohabitation. 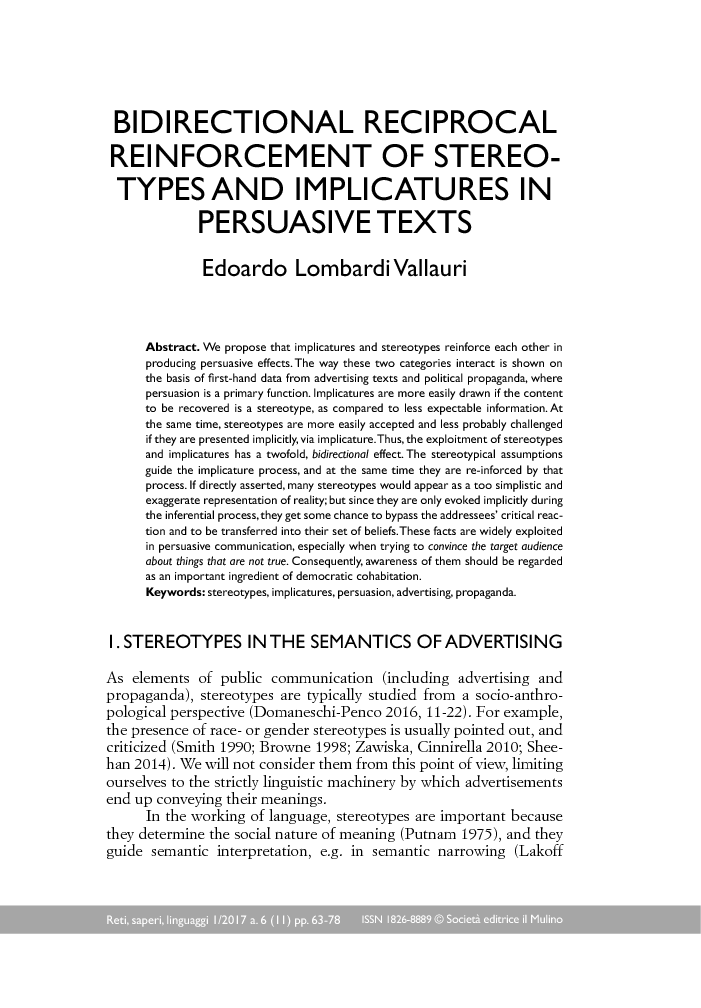