The paper investigates the role of social stereotypes in figurative language comprehension. The paper focuses on metaphors and argues that, being class-inclusion statements, metaphors are ipso facto ways of categorising (social) reality. Forms of categorisation and stereotypical knowledge are present in literal language as well, therefore it is worth exploring the nature of metaphorical categorisation that distinguishes literal from figurative expressions bearing social stereotypes. The paper argues that, on the one hand, metaphors are a peculiar way of creating stereotypical structures of beliefs, as they can implicitly offer people a frame to interpret the social world from a specific perspective. However, on the other, metaphors might also be a tool to challenge tacitly shared stereotypical knowledge by offering a new perspective which reveals previous strategies of framing. 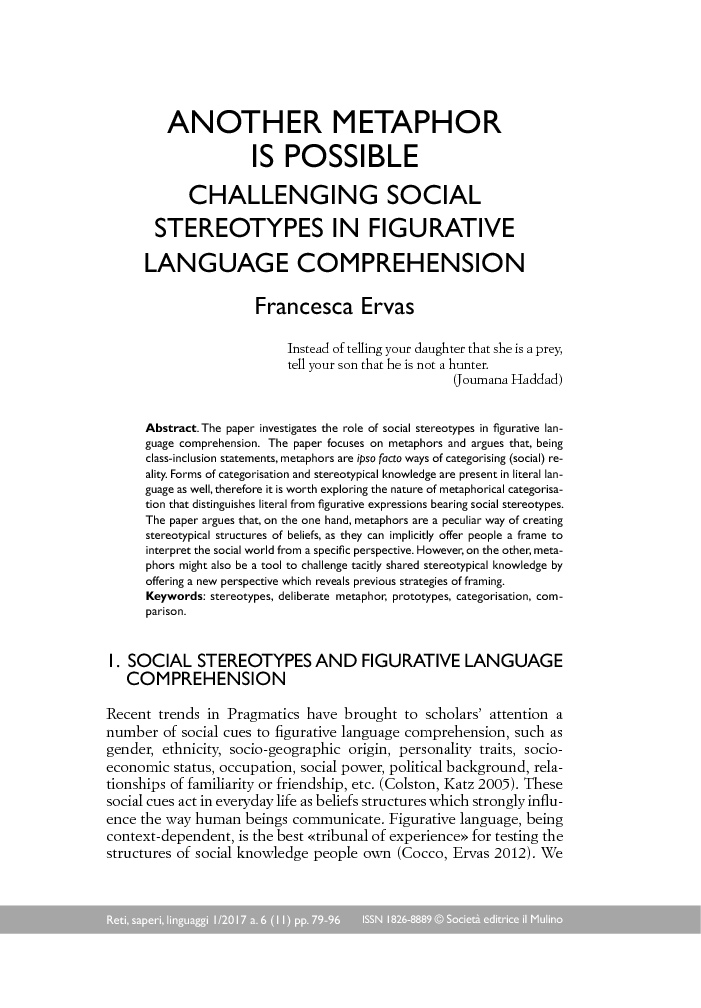