Slurs are linguistic expressions that are primarily used and understood to derogate individuals and groups. Within the lively debate concerning their meaning, several theorists have advocated semantic analyses that advance a common source of slurs' Derogatory Force: the stereotype of the group to which the slur is standardly applied. Yet, the role of stereotypes in the semantics of slurs is controversial. In particular, although the «robust set of explanatory advantages», Jeshion (2013) maintains that there is no reason to include stereotypes in the content of slurs. At first sight, her argumentation appear able to dismiss stereotypes from the debate. However, if, on the one hand, the main source of contention seems to concern the nature of stereotypes more than the semantics of slurs, on the other hand, it is not easy to understand what notion of «stereotype» has been using in the debate. In this paper, I will suggest that the so-called social stereotypes (e.g. «Blacks are good at sports»), can be conceived as stereotypes in the Putnam (1970, 1975) sense. Once we adopt this view, a stereotype account of slurs' content will appear easier to defend. 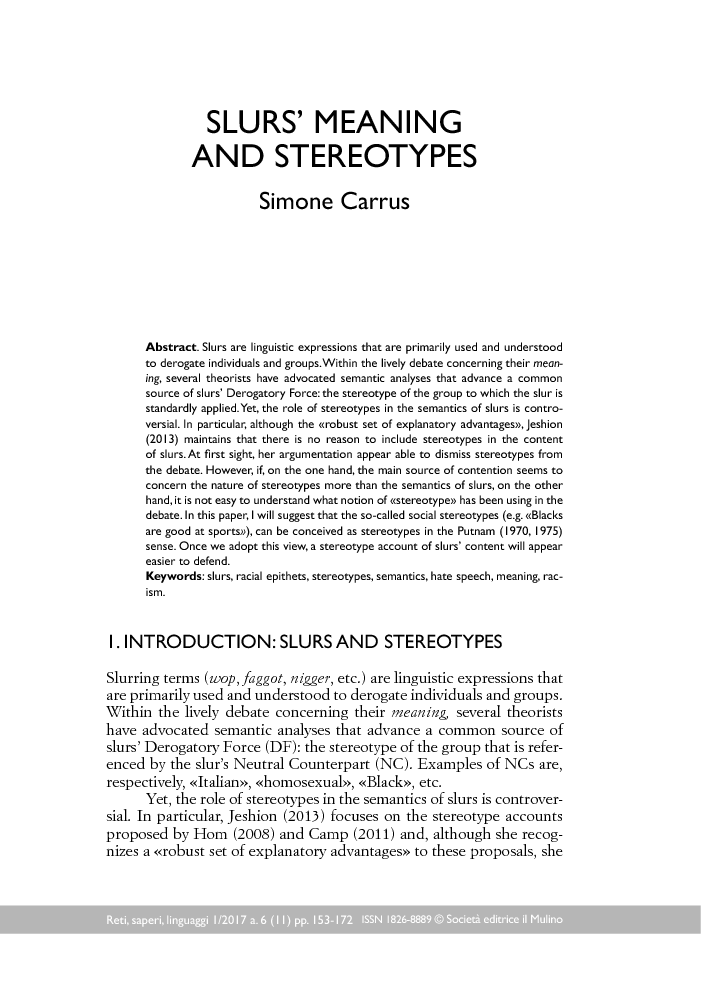