In this article, we propose a new kind of stereotype, which we call «epistemological stereotype». Our hypothesis is that philosophy-of-science typical debates concern issues that are implicit in scientific research, that is, in the background of assumptions of researchers in different disciplines. We tried to find them by analyzing the possible stereotypes, namely, implicit category and categorization related to philosophy-of-science debates, such as realism/antirealism or reductionism/emergence. In order to do that, we used IAT (Implicit Association Test) method, a tool from the social psychology, usually exploited in detecting stereotypes, and we carried out an experiment on subjects that are target of our study: researchers from different scientific fields. In the final part of the paper, we discuss the preliminary results, which show a tendency confirming our hypothesis, and we draw some closing remarks concerning the possible repercussions of epistemological stereotypes on scientific methodology and research. 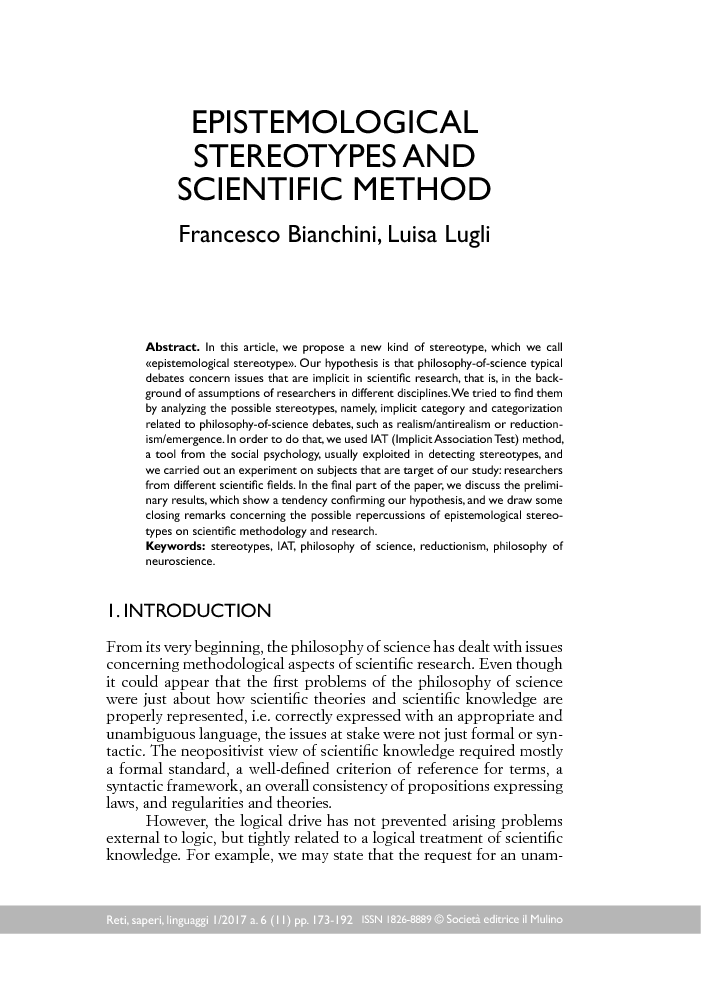