Among the theoretical options currently available about the origins of human language, the Gestural Primacy Hypothesis appears to have the greatest evolutionary plausibility. Yet, this theory may be criticized, since it seems to have some difficulty explaining the transition from gesture to speech, and the vocal outcome itself. This paper argues that it's possible to cope with these issues by relying on the Mimetic Hypothesis: in fact, mimesis may represent the cognitive missing link between gestural and verbal language, thus serving as cradle of speech. Finally, this paper maintains that it's possible to build a phylogenetic model of the origins of human language, whose focal point is precisely a mimetic stage. 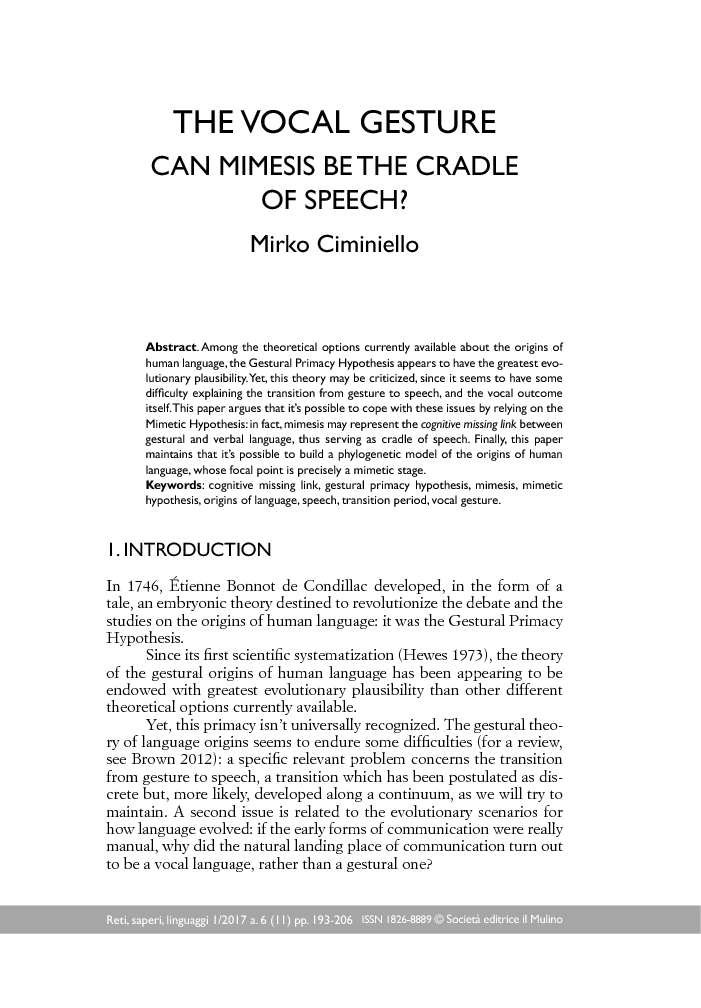