The success of the chomskyan paradigm, combined with the anthropocentric turn of semiotics, has determined, since the seventies, a sort of divorce between semiotic studies and the ethological research. However, ethology, especially in its variant known as 'cognitive' ethology, has continued to use semiotic terminology in its approach to the communicative behavior of non-human animals. At the same time, the influence of the philosophy of mind has raised important questions about the mental states of animals and their relationship with the signalling systems. The classic case-study of the alarm signals of the vervet monkeys is illustrated and some considerations regarding a desirable, new dialogue between ethological research and semiotic research are made. 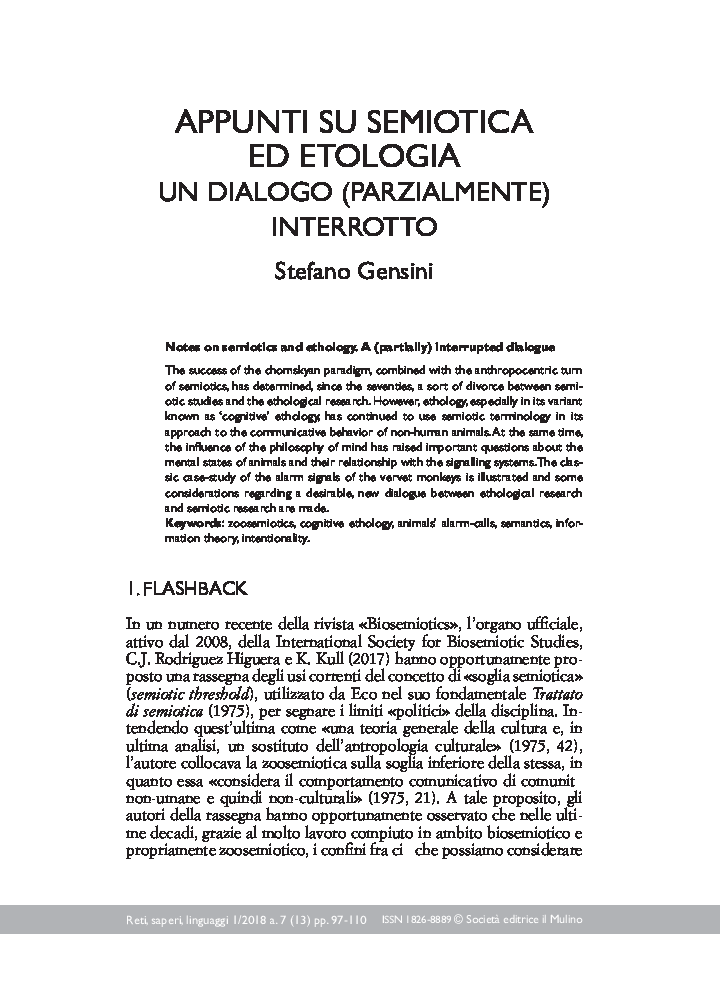