There is a growing attention on the role of context in a wide range of cognitive mechanisms. The longest tradition of studies about contextual effects is certainly linguistics and pragmatics, more recent is the interest on the infulence of context on mental concepts. Even more immature and scattered is the research on contextual effects at neural response level. The proposal of this paper is to link these three levels, since definite explanations of contextual effects can only be drawn from their integration. The road to accomplish this multi-level integration, here suggested, is computational. This approach meet with the mechanistic framework of explanation, currently held as the most appropriate way of approaching cognitive phenomena, often characterized by a multiplicity of levels, as in the case of context. The core concept om the neurocomputational model here proposed is an account of neural representation based on structural similarity, but departing from classical measurement theory, toward a more biological plausible scheme, known as population coding. It will be shown how a sketch of this model can construct neural aggegations that are sensitive to context. 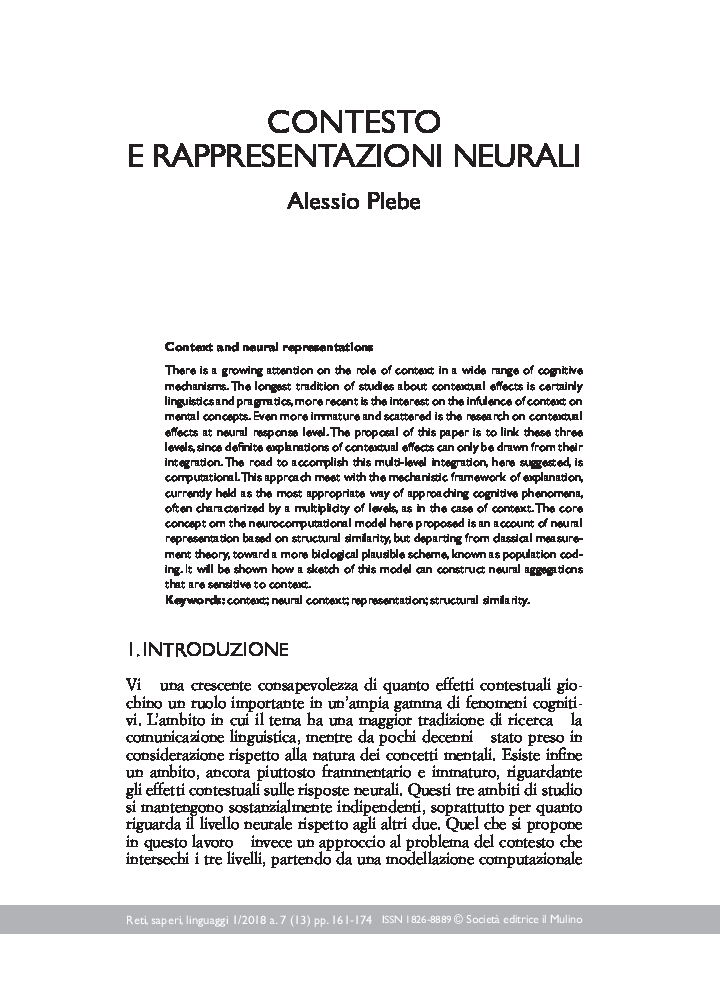