Keywords: eidos; Nature; the Idea of the Bed; Republic; Laws.

In the famous passage of Plato’s Republic concerning the “idea of the bedµ, eidos does not mean the idea in the metaphysical sense, but means “typeµ, “formµ or “speciesµ. Plato wants to point out that there are three types of bed: the first, in nature, is not an ideal bed but is created by god (we will see in this article in which sense) and is the real bed because it constitutes the original compared to which the second bed, the one made by the carpenter, represents the copy, and the third bed, the one painted by the painter, the copy of a copy. In this way, and as other passages in the corpus confirm, Plato’s aim is to affirm that in the original and primordial nature, that is at the dawn of our civilisation, there is a kind of intrinsic rationality. The same rationality that in the Laws will be described in the form of myth with reference to the Intellect of the World Soul, which is responsible for a kind of generation that has nothing to do with the world of forms: in this sense, the creator is the Intellect and the Intellect is a “godµ and its action is divine. 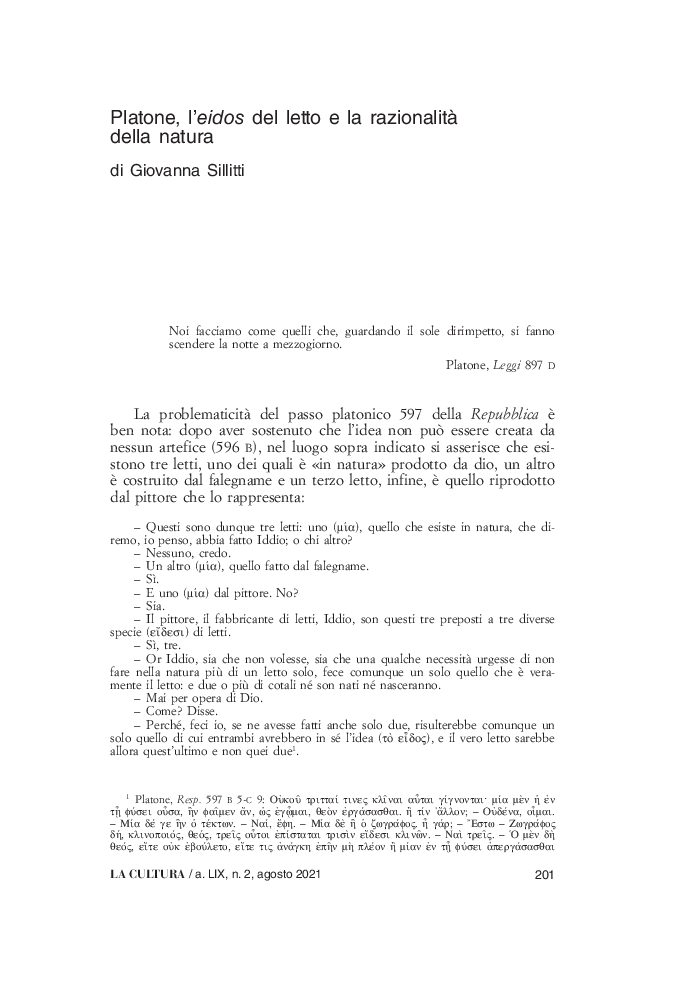