In Mario Soldati ‘boy’ it is the masculine dimension – then incorporating the feminine – to graft the seed of politics into writing. A seed that will open to the possibility of an anti-fascist political conscience due to the psychic and corporeal image that the feminine contains in opposition to the cult of the superman, to the macho prototype of the Italic male proposed as a cultural and social icon by the regime. It will be Salmace’s debut to contain, right from the choice of the title, the premise of the dialectic between anti-fascism and cultural action. A link to be framed within a logic that includes the dialectic of the sexes: in the psychic, historical and anthropological confrontation between male and female, two dimensions that in Western culture are not intended as a mere biological distinction. Making use of unpublished and rare materials preserved at the APICE Center in Milan, this study connects the early tales with the art critic Soldati in the 1920s, with the painting of Casorati, especially by Menzio and the group of the Six of Turin. And he also builds comparisons with some studies dedicated to the relationship between totalitarianism and sexuality (George L. Mosse), between art and fascism 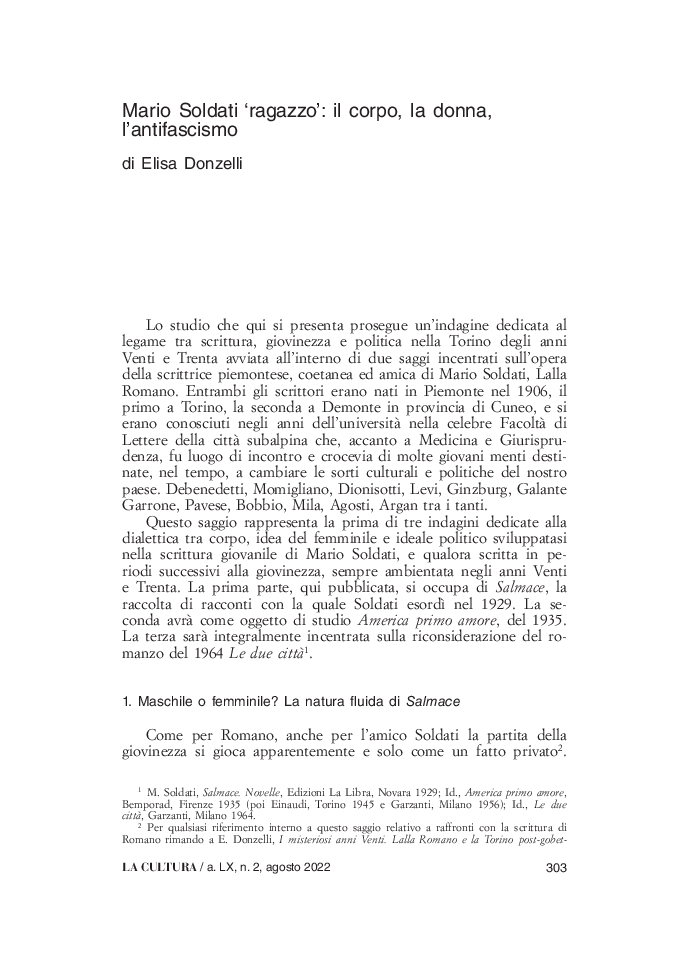