Through a variuos analysis of ancient and modern sources, this article aims to provide a small contribution to the history of catonian fortune, or "Fortleben", in the ancient and modern european culture. From the researches of Arnaldo Momigliano on the theme of peace and liberty in the ancient World and the considerations of historians like Syme, Carcopino, Beloch, Ferrero and Gaetano De Sanctis on the problems of liberty and, on the other hand, safety of life, the author's aim is directed to lucidate the thought of ancient and modern historians as well of ancient and modern thinkers (from Seneca to Montaigne, Hume, Hegel, Schopenhauer, Croce) on the political and moral life and also on the very controversial question of suicide. 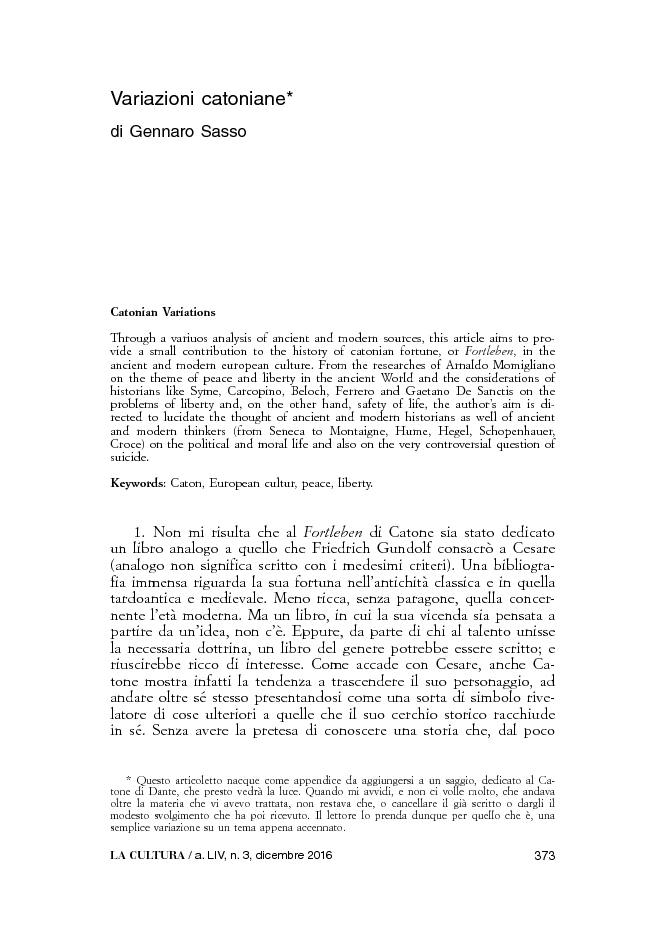