Parmenides never uses the word "doxa" in singular form; not even he defines the second section of his Poem the "Doxa section" (this is a mannerism of certain parmenidean scholars), as it indicates his own veridical theory; on the contrary, this section is specifically focused on "doxai tòn brotòn" (the first term appears always as plural and means human opinions) and "dokounta". It is challenging for scholars, in the interpretation of Parmenides' philosophy, to establish the authentic theorical meaning of this section. On one hand, if one evaluates this section as false, he needs a response about the avail of a dissertation focused on false domains; on the other hand, if one would in some way determinate it as true, he needs a solution of the strong ontological contradiction that subsist between the rigorous structure of "eon" and the multiples traits of phenomenical world. The aim of this paper is to show how an inquiry of terms and expressions introducing the "dokounta" allows to decide a more clear way of interpretation, but also to find an answer to the mentioned questions. 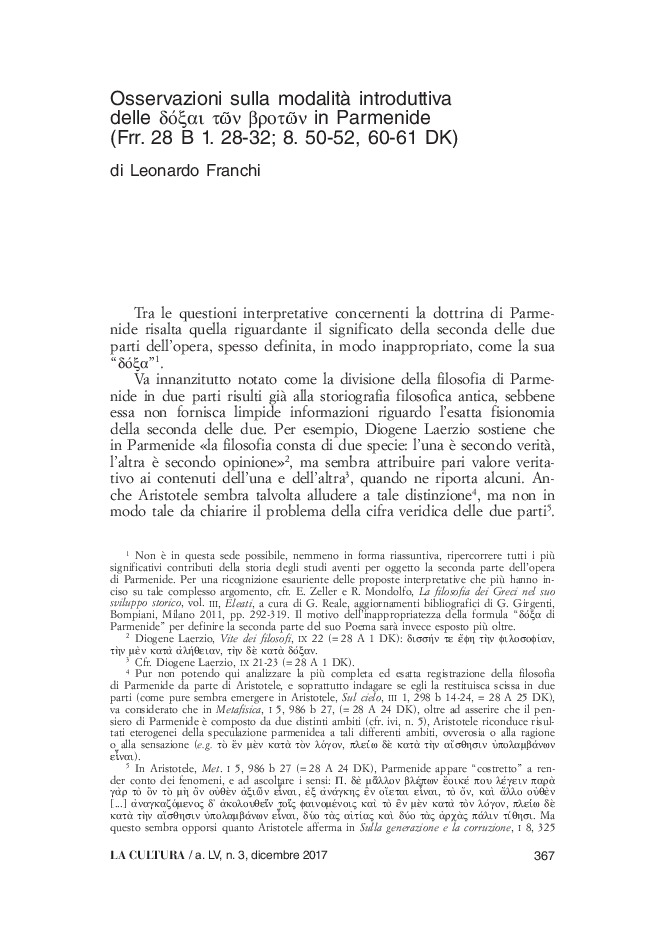