Although Euthydemus has never been included in the great general collections of testimonies and fragments related to the Sophistic movement, he is certainly to be considered a historical personage who really existed (and not a literary one, or a «mask» as for Antisthenes). This article tries to reconstruct his use of language, his ontology, and his concept of paideia. The latter has a strong competitive trait; his ontology implies the denial of a stable substance and of specific qualities, and can be considered a radicalization of Protagoras' relativism; his use of language is essentially founded on two principles, the denial of distinction (or separation) between word and thing, and between word and thought, and in this he is probably affected by the influence of Gorgias. 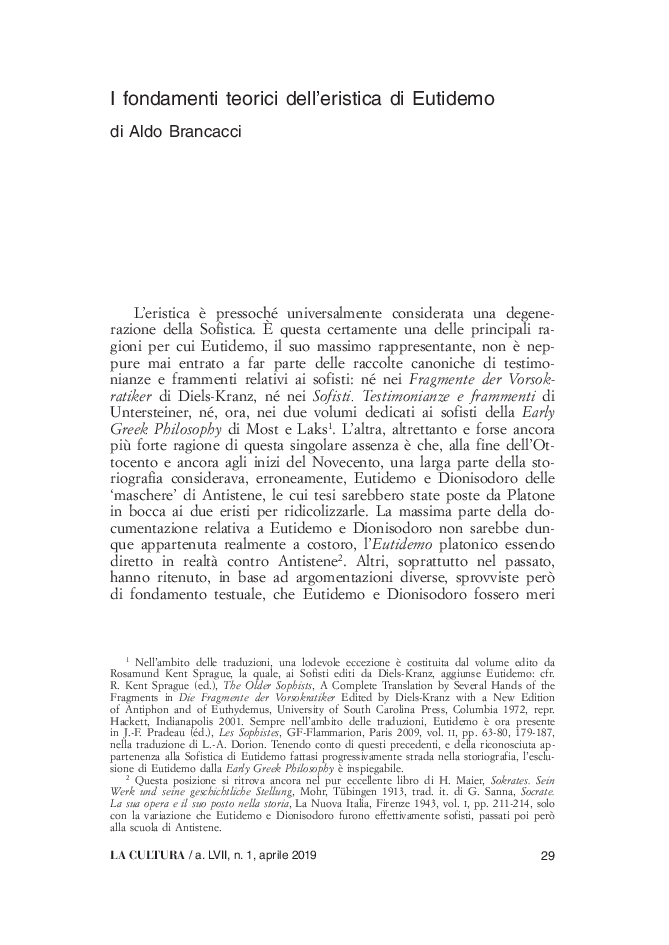