Nowadays metaphysics is commonly considered as a philosophical discipline that has always addressed questions about the constitution and origin of the world. Such a traditional task of metaphysics is now believed to have been entirely fulfilled by science, which allegedly pursues it in a much more effective way. But is it really so? Science leaves a series of questions unanswered, that involve the issues of time and space, such as: what came before the cosmic explosion from which the Universe originated? In which space does the gravitational contraction of the relativistic space-time take place? But if such questions are still answerable, they are such for metaphysics rather than for science. Nonetheless, it might be asked: could questions so formulated ever obtain true answers? On which notion of truth is metaphysics ultimately grounded? Such a notion of truth - though in a dilated version - is the same as that on which experience itself is grounded. But what if the truth, whose sense transpires from all our discourses, was incompatible with the "truth" of experience and consequently with the "truth" of metaphysics? Metaphysics and experience would then belong to the same horizon, i.e. a horizon radically alien to the field of truth: as a consequence, the most rigorous metaphysics would be one that - differently from the metaphysics of the past times as well as from science itself - was aware of this unbridgeable gap. 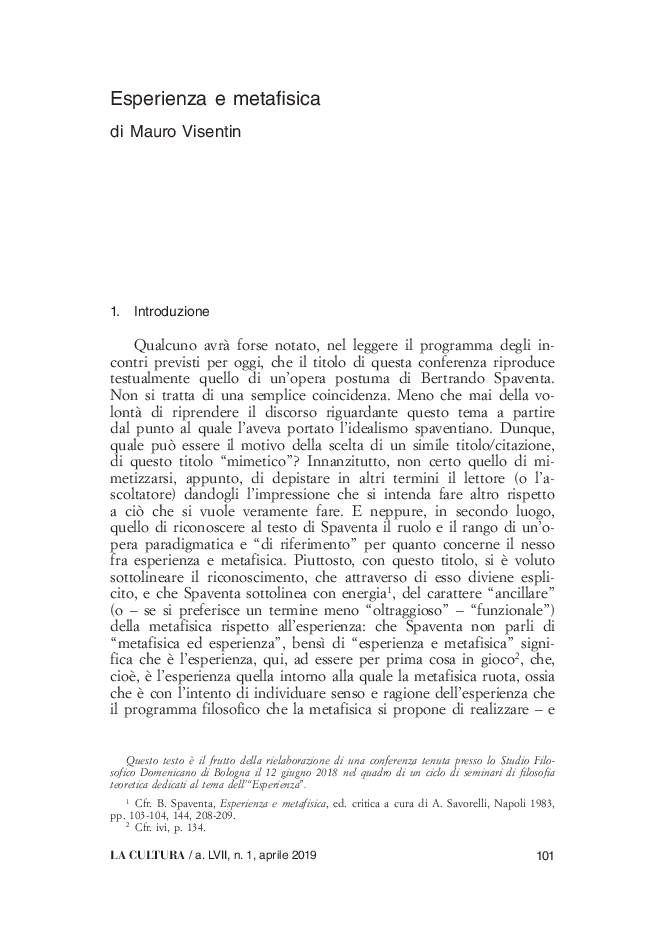