The problem of «precursors», the forerunners of the ideals of the Fascist «revolution», was debated by historians of the regime, who, especially at the beginning, seemed divided between those who underlined the innovative nature of Fascism and those who, on the contrary, sought to draw an ideal way - along which moved people of different ages and different nature (Dante, Machiavelli, Giovanni dalle Bande Nere, Foscolo, d'Azeglio, Garibaldi and many others) -, which reached its clima with the coming to power of Mussolini. On the military, and then imperial, background of the ancient Roman exploits, a group of mythographers of Fascism engaged in celebrating the regime as an expression of an evocative notion, bound to triumph - the famous «Italian genius» - which had already been embodied in some solitary spirits of the past, before finding a extremely fruitful ground in the season of Risorgimento. In the present article, this matter is mainly dealt with from a literary point of view, without neglecting one of the focal points of the historiography of the Fascist era, the interpretation of the meaning of the Great War. 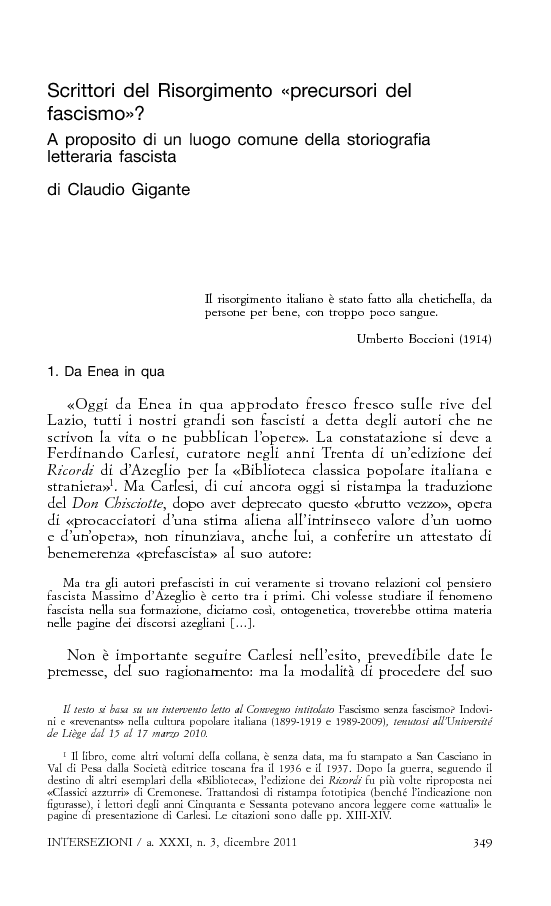