This essay puts in evidence, thanks to a reconstruction of several public talks, articles, essays, notes, starting from the Second World War, Rocco Montano, an italianist and comparative literature expert, and how he considered the institutional crisis in Italy. Montano, although not a political analyst by profession, makes a frank, sometimes ruthless analysis about this situation, going against a conventional cultural attitude; never subjected to political oriented logic, he goes beyond the debate of different political parties. After so many years this way of thinking, forgotten so far, could be a useful contribution to the debate concerning institutional reforms. In the first part, the causes of the crisis are analyzed, looking in depth, through a reconstruction of the historical process and its failures. In the second part, some proposals are discussed and ideas presented, which never betray the solid cultural background of this author. 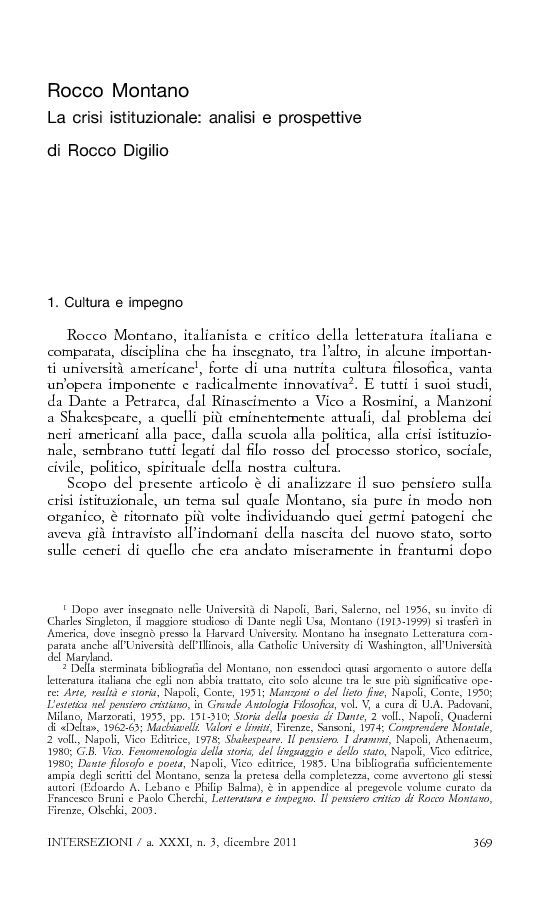