This paper, divided into three parts, wants to highlight the strong influence exerted by Sulzer's Allgemeine Theorie der Schönen Künste on the European philosophical and literary context of the late eighteenth century. In the first section, the aim is that of verifying the recurrent criticisms levelled against Sulzer's encyclopedia, but also the reasons of its most determined supporters in the German-speaking milieu; in the second part, I focus on its reception in France, where the Lexikon was widely read and used as a source for other dictionaries; finally, I outline the great success Sulzer enjoyed among Italian scholars, who considered him one of the most important philosophers of his age. 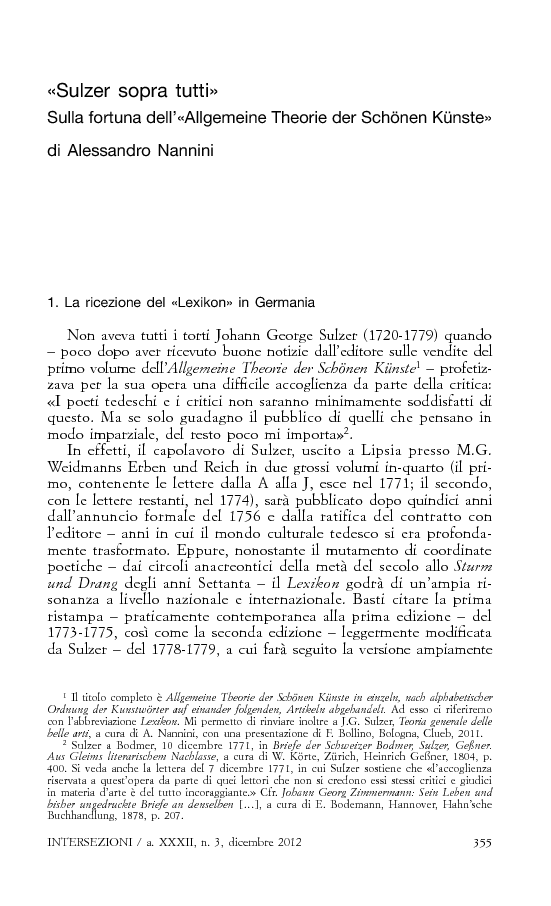