This paper discusses the printing of the first and most important Italian translation of de rerum natura, written between 1664 and 1668 by the atomistic philosopher and scientist Alessandro Marchetti (1633-1714). Because of Leopoldo de' Medici's will, the translation was not printed, even though Florentine Inquisition had approved it. The work spread in handwritten copies, till the first edition was published in London (by John Pickard, 1717). In the 18th century there were many other editions, usually surreptitious or authorized with 'falsa data', a device which allowed the printing of several prohibited texts. 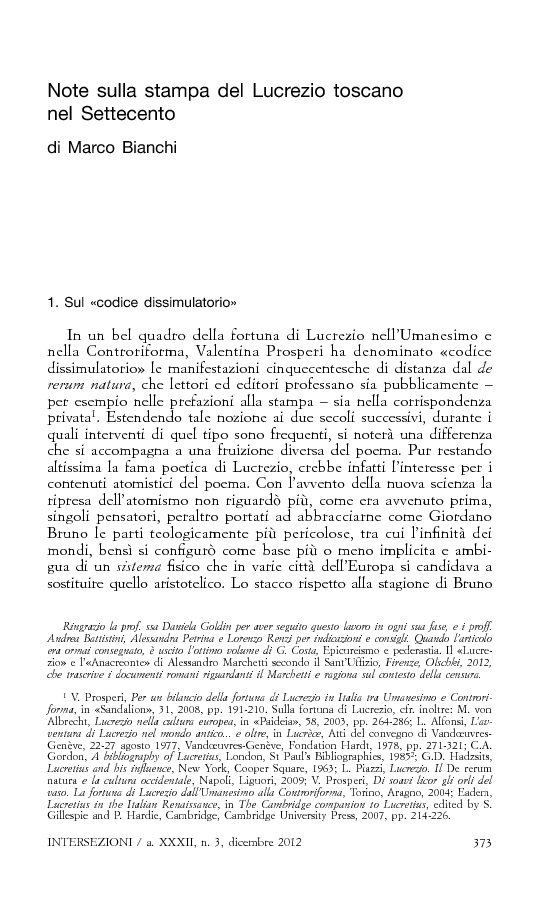