In the last decades there was both a revival of the interest in Erich Auerbach's method and legacy, as well as a series of editorial initiatives with the aim to edit, among others, unpublished works of the author of "Mimesis". The project of this issue takes up impulses from recent studies and publications. The essays collected in the volume focus on Auerbach's research on European literary and cultural traditions as well as on European scholarly tradition and its role in the development of modern Humanities. Among the subjects examined in the volume are Auerbach's studies on Dante, the exile and his essays on European culture, written in Turkey, the interactions between Auerbach's works and those of scholars in Romance Studies as well as in other disciplines - namely Eugen Lerch, Johan Huizinga, and Ernst Robert Curtius. 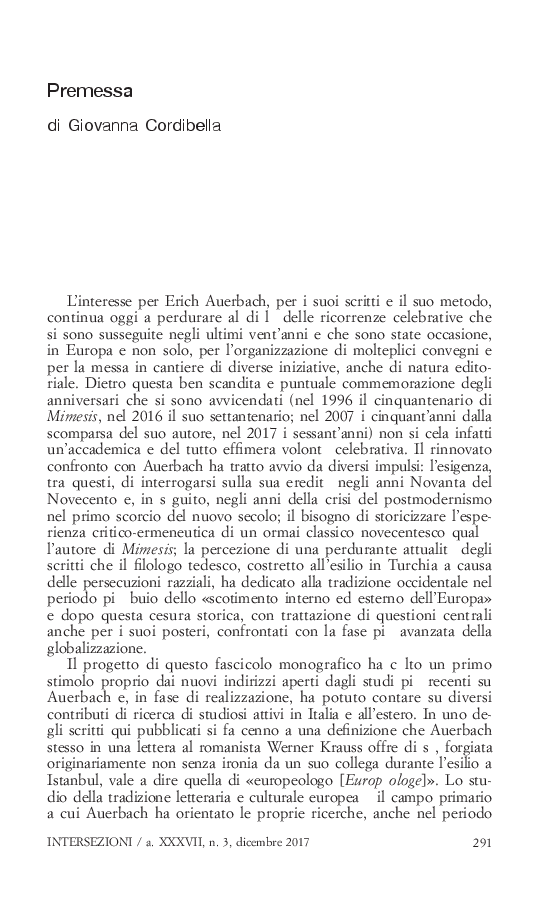