Erich Auerbach wrote repeatedly on Dante, from the short essay published in 1921, to the essay on "Figura" (1938), to the chapter in "Mimesis" (1946). The paper analyzes this trajectory, focusing on a passage of "Mimesis" in which Auerbach emphasized the role played by personal names in, respectively, the "Commedia" and the "Decameron". Building up an imaginary dialogue (which in reality never took place) between Auerbach and Ernst Robert Curtius, the paper argues that both the frame and the innumerable episodes of Dante's "Commedia" - a poem based on the otherworldly journey of a singular but exemplary individual - may have been inspired by a profound reworking of the exemplum as a genre, in its double version, pagan and Christian. 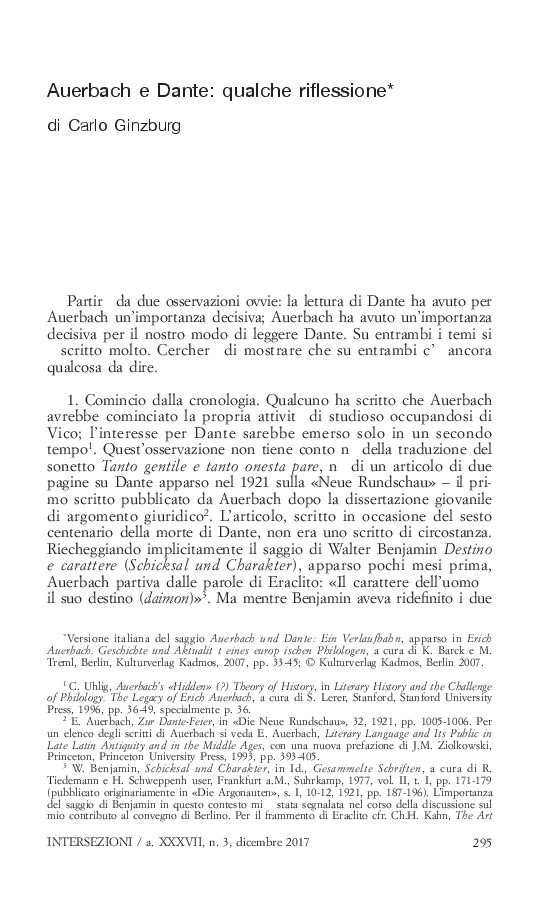