Several post-feminist disorders associated almost exclusively with young women and with their bodily-ego can be considered together under the heading illegible rage, a term borrowed from Judith Butler's The Psychic Life of Power. The social production of the category of girl through apparently enabling messages, which is mirrored in fashion magazines, forecloses any new feminist initiative and deflects our attention away from patriarchal authority. A normative discontent is attributed to young women by institutional politics and popular culture, which, regulating the production of sexual difference, causes a heterosexual melancholia at the same time. This pre-empts the re-invention of feminist politics through a wide range of hyper-individualising strategies and technologies of the self. A form of survival, although ambiguous, can however be found in some subcultural resources available to young people, which overcome the confinements of the gendered self by means of an intense sociality. 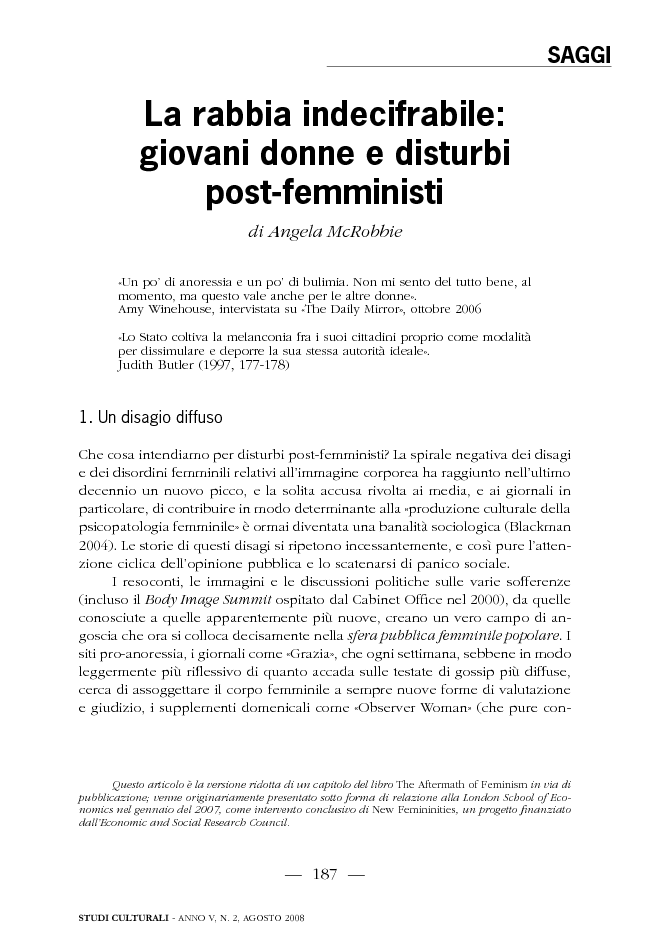