Twenty-five years after the publication of the first volume of Subaltern Studies, the power of Gramsci's thought still provides the resources for Asian scholars in the postcolonial world to understand their rapidly transforming world. The advance of capitalist industrial growth is not breaking down peasant communities and turning peasants into proletarian workers as has been predicted many times. On the contrary, the forms of capitalist industrial growth in the Twenty-First century may, in Asian countries, make room for the preservation of peasant production and cultures, but under completely altered conditions. While these emergent forms of postcolonial capitalism are hegemonic in civil society, a new subaltern space of non-corporate capital is gaining power in political society. The struggle between corporate and non-corporate capital, between social and civil society, on the one hand makes space for bold and innovative counter-hegemonic strategies, but on the other hand may trigger revolts of "proper citizens" against the unruliness and corruption of systems of popular political representation, as happened recently in countries like Thailand or Bangladesh. 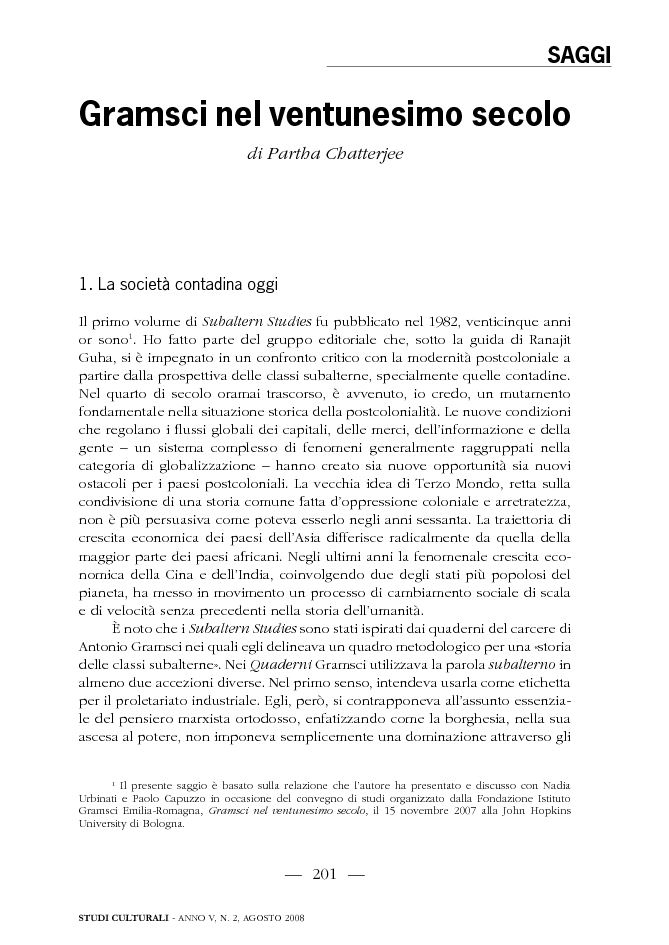