This paper deals with the process through which the central concepts of Adorno's thinking have lost their grip on the historical moment - their noeud vital is gone. The culture industry is the most paradigmatic example since while there is no doubt that its ghost is gone, this concept lives a vigorous afterlife all the same, fully indifferent to the fact of its decease long ago. I claim that the culture industry is the manufacture of culture as the production of barbarism, and I explain the internal dynamic of the coerced unity of the uncombinable that Adorno objectified in the self-antagonistic idea of the culture industry by considering the agglutinated concepts individually. Only in becoming aware of the vanishing of the horizon against which Adorno's concept of the culture industry construed its meaning, can we recognize the exact sense in which it can be said that the culture industry no longer exists. However, while it is possible to recover the noeud vital of Adorno's main concepts and state it, doing so will not reanimate his philosophy. On the contrary, it will reveal an almost intolerable point of dispute between the standpoint of thought today and the content of Adorno's philosophy, even while we recognize that this philosophy itself is of increasingly urgent interest and importance. 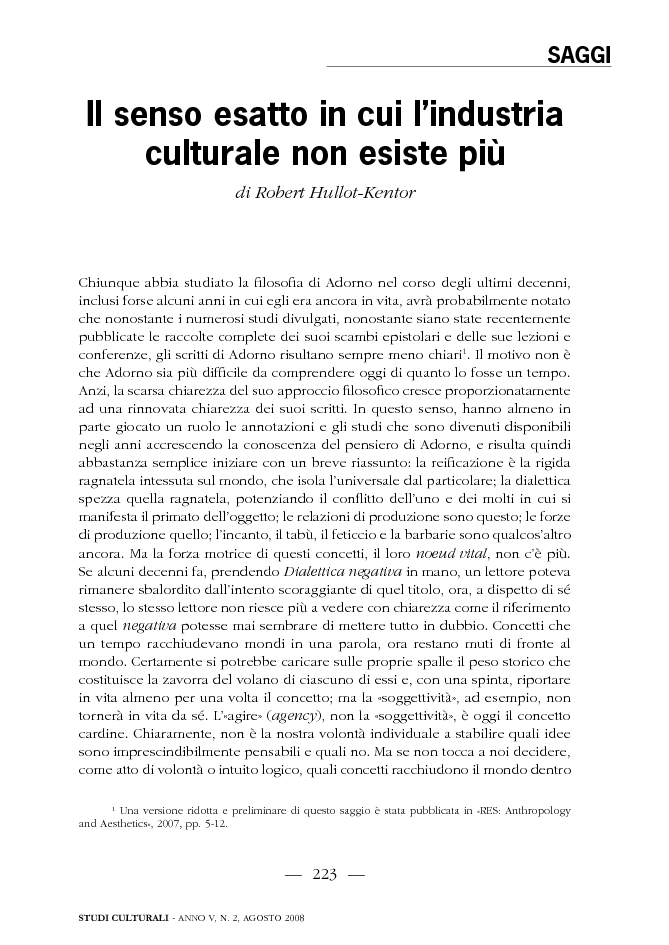