The causes of the university crisis are multiple and some of them are long-standing. Yet, they are currently being reconfigured by neoliberal globalization, which has been progressively eroding academic hegemony. Universities, both private and especially public, should not abandon their defensive position. To the contrary, the academy should reclaim legitimacy through programs of extension to society, action-research and ecology of knowledge, an integration with public schools and more autonomous connections to industry. According to this political manifesto, the university-as-a-public-good is a strategic field and one of the most urgent priorities of reform for a state whose project is centered on policy choices that consider the country's insertion in increasingly transnational contexts of knowledge production and distribution. At stake is the possibility of giving a counter-hegemonic globalization a chance. 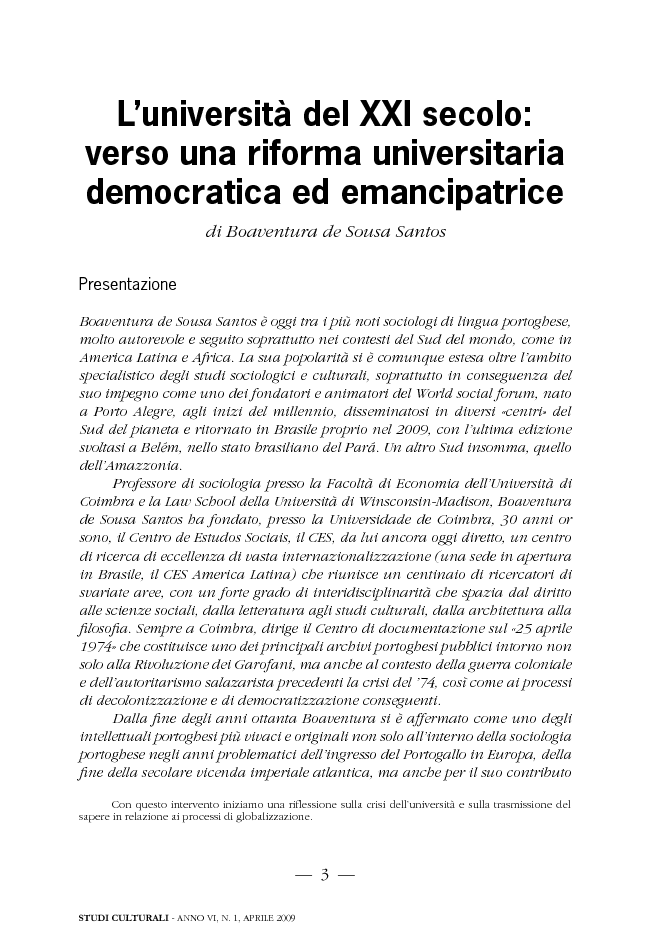