Although politicians and private companies were the driving forces of the early Italian telephone, between the nineteenth and twentieth centuries users influenced the evolution of this new medium in a critical way. First of all they set up a continuous dialogue with the other relevant social groups. For example, through telephone books, private companies either gave many kinds of suggestions or criticized "incorrect" uses of their subscribers: this was a symbolic space where discussion took place. Secondly subscribers imposed models of consumption that forced changes in the telephonic administration. For example, for a long time Italian telephones were offered with flat rates and subscribers often borrowed their telephones, sometimes asking for money and sometimes for free. This social practice, called "parasitism", forced major changes in charging policies. Finally, subscribers tried to "metabolize" this new medium using it in "unexpected ways": the telephone was used or pictured as a tool fit to be used for fishing, for surgery, to evaluate the quality of wines, as a video-phone, as a "broadcasting tool". This paper aims to understand why and how users modified and co-constructed not only the practices of use, but even the way in which the Italian telephone was understood. 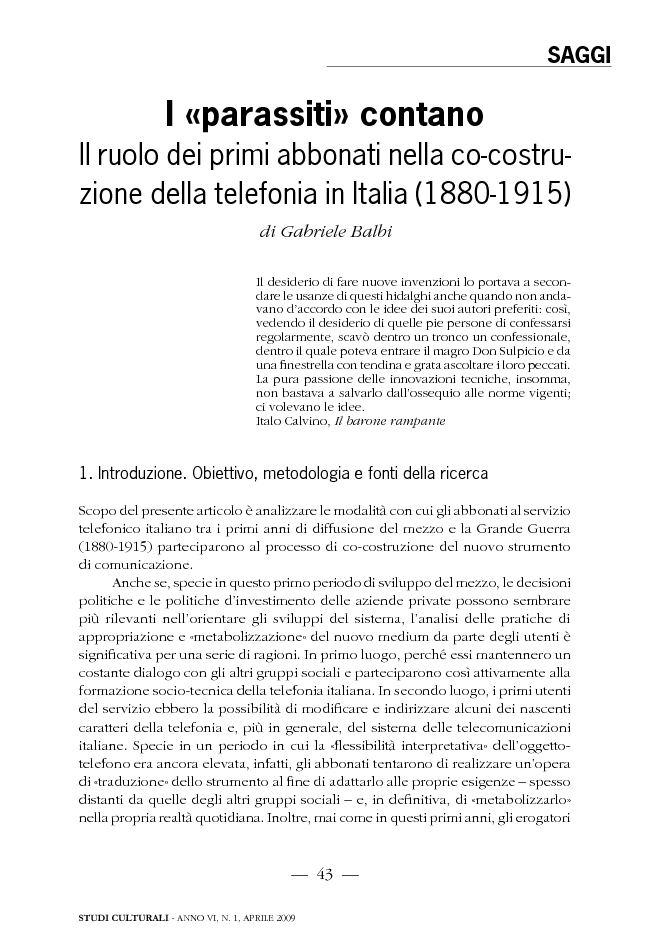