This article examines the political identity of Angolan whites, a socio-political category which has been the subject of various classifications from both Portuguese colonialism and Angolan nationalism. The study which we undertook on Angola's whites has revealed the existence of a white community divided into groups with frequently antagonistic interests and which assumed political positions contradictory to the Portuguese colonial identity and the phenomenon of Angolan nationalism. In particular we have identified the existence of a group of Africanised whites, so-called Euro-Africans made of settlers of the «old immigration» and, above all, of their descendents born in the colony whose identity, economic interest and sentiments of nationality were completely situated in Angola. This is a group that carried out a nationalist project that was against the Portuguese colonial domination, and whose aim was that of creating a new nation of European-type, a kind of «African Brasil». 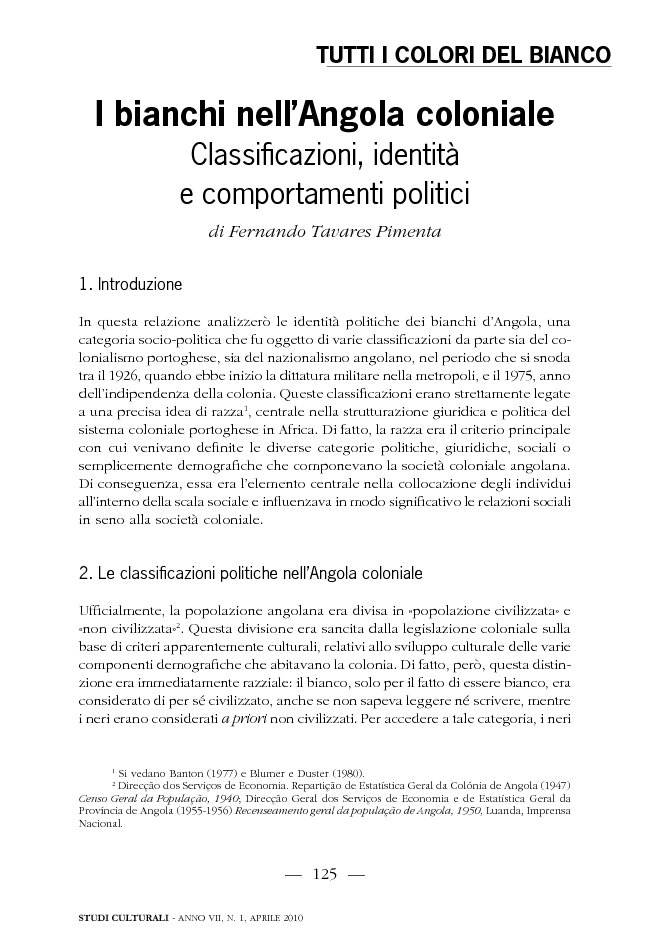