At the turn of 20th century in Australia, internationally accepted anti-black stereotypes pervading Australian racial thinking and race relations, resulted as revitalized and even transfigured by Social Darwinism and Eugenics. In its new formulations, in terms of environmentalist theories of human evolution, or in terms of biological heredity, it tainted a restricted conception of whiteness that systematized the exclusion from the "body politic" of both Aborigines considered as impeding a full physical and symbolical appropriation of the continent as "white" space, Chinese who «invaded the country», and "not-so-white" southern Europeans and Mediterranean people now coming to the country. The present article tries to explore some aspects of the idea of whiteness emerging from the influential role played in Australia by the international debate on race from the end of 19th century to the 1930s and the inheritance of the oldest and most strongly grounded prejudgements against Blacks and of imperial ideas on the inferiority (or "non-humanness") of not-white races. In particular, applying Colette Guillaumin's fundamental categories of "auto- and hetero-referential" racialization (1972), it shows how, in the particular context of "settler colonialism", the classic distinction between «racism of elimination» applied to not-white people and «racism of exploitation» applied to black subjects comes to be rearticulated in a very radical way. 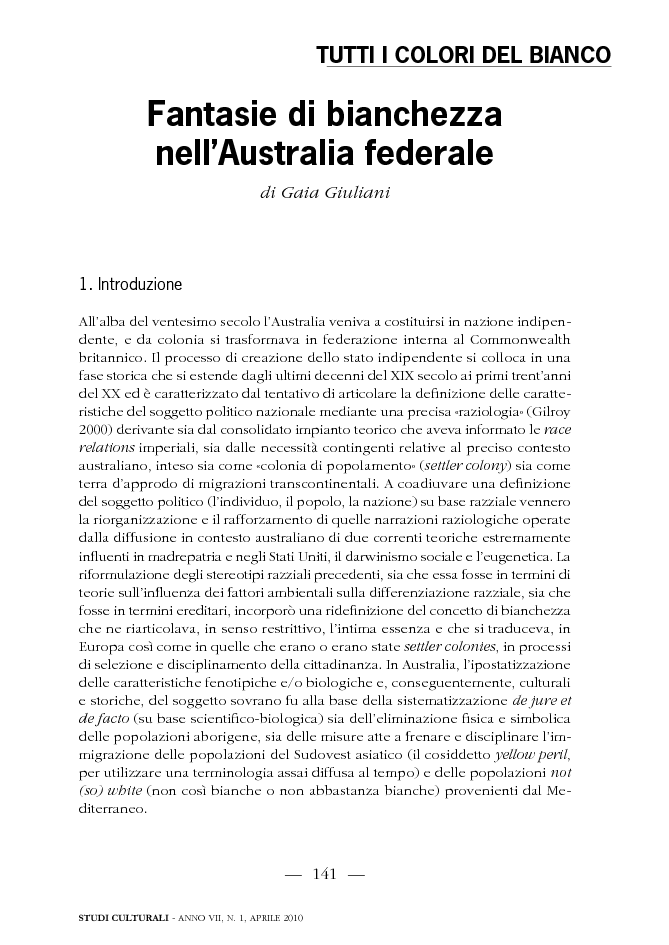