Over the last few years postcolonial theory has taken root in French and Italian academic worlds and publishing markets. However, postcolonial studies has been delayed for a long time in these two countries. This essay sheds light on the reasons for this late reception, namely the repression of the colonial past and suspicion towards Anglo-American theories, and retraces the socio-political context that prompted postcolonial debate and reflections on the legacy of colonialism. Thereafter, by considering French and Italian translations of works by the authors known as the postcolonial «Holy Trinity» (Said, Bhabha, Spivak), the essay provides an analysis of the reception of postcolonial studies through this textual category. It shows when and through which publishers and translators postcolonial theory was disseminated in France and Italy, and reveals that the circulation of translations took place more or less during the same period in both countries and under almost identical conditions. 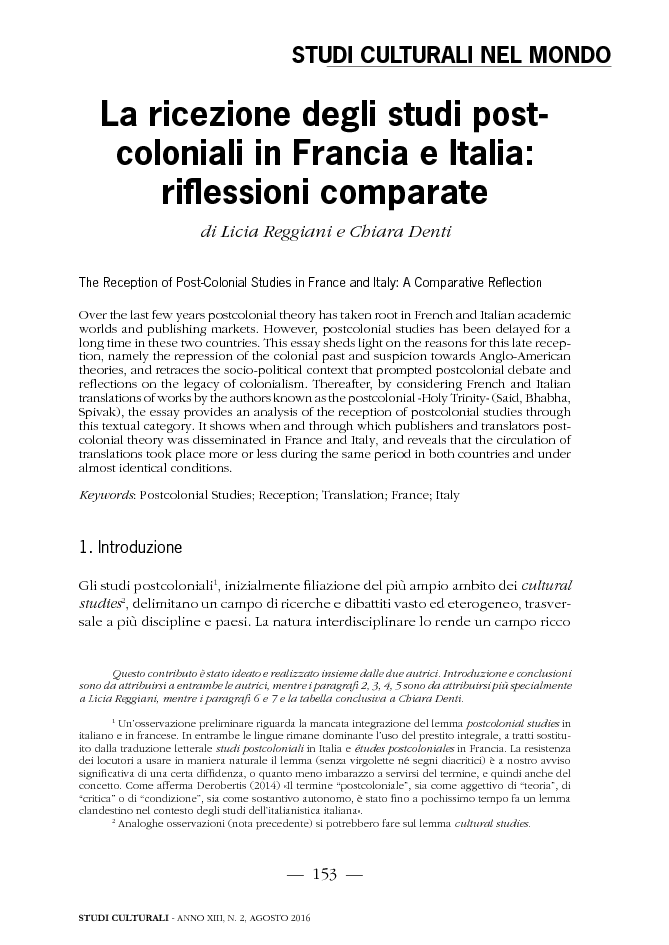