This paper presents the results of a brief ethnography undertaken in the Greek city of Patras, through which the author observed the living conditions of migrants - and in particular asylum seekers - who lived hidden around the harbor and attempted to enter Europe by clandestinely embarking on a ferryboat. From the migrants' narratives of their existential condition in Greece, "animal metaphors" often emerge. The paper thus offers an interpretative framework by drawing on Frank Kafka's threshold between humans and subhumans and Elias Canetti's insights on masses and power. Both Kafka and Canetti were Jewish authors, and de-territorialised individuals, who both reflected on "metamorphosis" and so enabled us to use this rhetorical figure to consider Europe's legal gateways and their construction and exclusion of clandestine migrants. In the comparison between migration and metamorphosis, this paper reframes Gregor Samsa, the protagonist of Kafka's "Metamorphosis", as the archetype of the modern migrant. In so doing, the paper deals with the metamorphosis of the migrants' identity, by conceiving Greece as the anteroom of Europe and rights, as a non-place where both migrants and Greeks live through their infinite wait and their animalization. 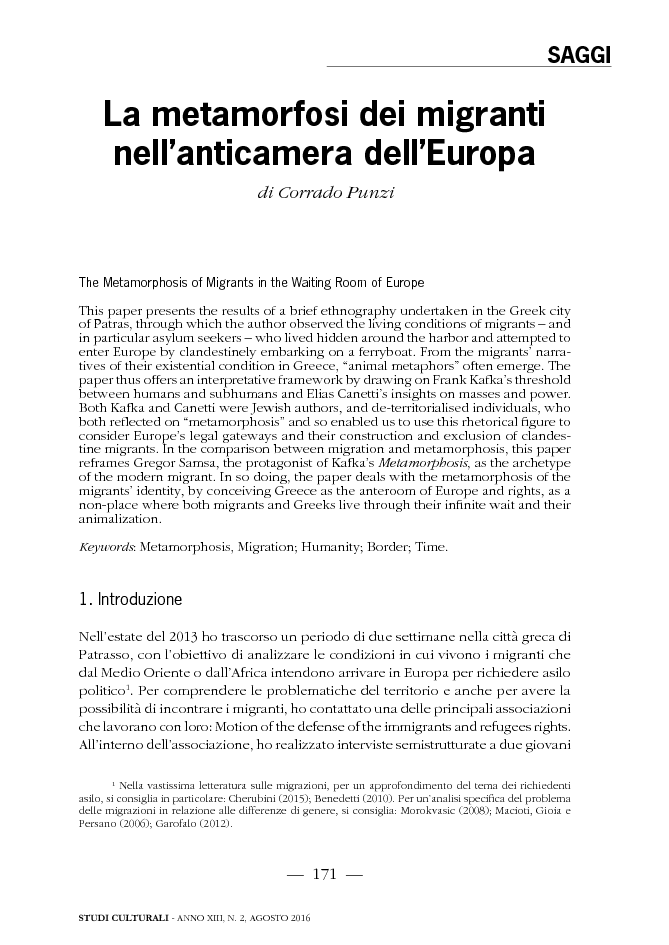